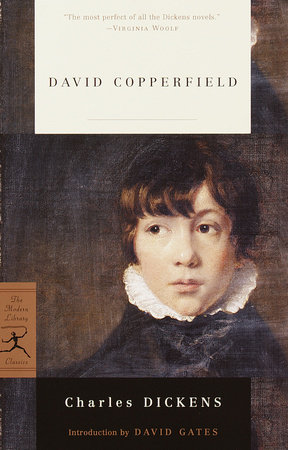 1. Critics have noted that David Copperfield is less a character who makes things happen, and more one who witnesses things happening. Do you agree or disagree? How might this notion relate to David’s profession as a writer? Consider David Gates’s claim that David’s "colorlessness" makes him a convincing representation of a writer.

2. David Copperfield, the narrator, begins his story by claiming that the succeeding pages will show whether he-or somebody else-will be the hero of his own life. Discuss the ways in which the notion of the hero is invoked throughout the novel. Who do you suppose might be David’s hero?

3. Discuss the role of coincidence in David Copperfield. Specifically, discuss the novel’s re-introduction of characters (such as Mr. Micawber in Chapter XVII, Tommy Traddles in Chapter XXV, and Uriah Heep in Chapter LXI) who were seemingly forgotten. To what extent do you think Dickens represents the normal coincidences of everyday life? Consider John Lucas’s idea that the re-introduction of characters helps measure David’s growth as an individual.

4. In David Copperfield, Dickens presents several relationships that fall outside traditional categories. For instance, the relationship between Betsey Trotwood and Mr. Dick; that of David, his mother, and Peggotty; and that of Mrs. Steerforth and Rosa Dartle. Discuss the role these relationships play in the novel. How does the novel define "family"? What makes up a family? Indeed, must the members of a "family" be related by blood?

5. In William Wordsworth’s poem, "My heart leaps up," Wordsworth posits, "The Child is father of the Man." Discuss this notion in relation to David Copperfield.

6. Discuss the role of female characters in David Copperfield. Compare David’s relationship with such women as his mother and Peggotty, Agnes and Dora. How are they similar? Different? Historians have noted that middle-class Victorian culture relegated women to the private world of the home and imagined that women provided a moral center for the family, offsetting a husband’s exposure to the amoral marketplace. In what specific ways do you think Dickens might be constrained by this idea of woman as "angel of the house"?

7. In the beginning of Chapter II, David finds "the power of observation in
numbers of very young children to be quite wonderful for its closeness and
accuracy." He then stops himself to say: "I might have a misgiving that I am ‘meandering’ in stopping to say this, but that it brings me to remark that I build these conclusions, in part upon my own experience of myself; and if it should appear from anything I may set down in this narrative that I was a child of close observation, or that as a man I may have a strong memory of my childhood, I undoubtedly lay claim to both of these characteristics." Discuss the significance of this passage. Why might David need to claim "a strong memory" for himself? Consider David Gates’s assertion, in his Introduction to this volume, that David’s lapses in memory help make his story more believable.

8. Discuss David’s relationship with Steerforth. In what specific ways is Steerforth a foil for David himself?

9. David Copperfield offers, among other things, a critique of the nineteenth-century English prison system, in part through Mr. Micawber, Uriah Heep, and Mr. Creakle. What are David’s attitudes to the prison he visits in Chapter LXI? Do the prisoners seem repentant to him? Compare nineteenth-century attitudes toward incarceration with contemporary ones. How is the prison David visits similar to and different from prisons today? Discuss Chapter LXI’s relevance to the novel as a whole. What does Dickens accomplish by re-introducing Mr. Creakle, Uriah Heep, and Mr. Littimer?

Learn More About David Copperfield
print
Back to Top