The Girl Before Reader’s Guide 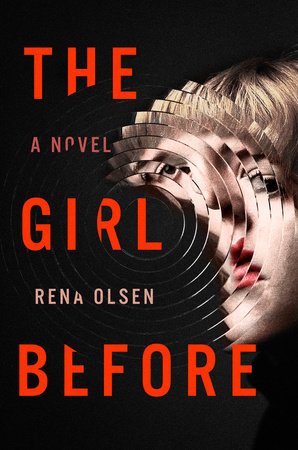 The Girl Before Reader’s Guide

print
The Girl Before Reader’s Guide

The Girl Before Reading Group Guide

1.      At the beginning of the story, armed men burst into Clara Lawson’s home and take her and her family away.  From Clara’s perspective, this is a frightening and baffling turn of events.  When did you understand the true nature of her capture, and of the life she’d led before?  What were the clues?

2.      Consider the relationship between Clara and Glen.  Was it ever true love?

3.      For the most part, Mama Mae appears as a stern, dislikable woman.  Were there any moments in which you felt sympathy for her?  Were there any revelations about her past that helped explain her behavior?

4.      In Clara’s world, there are obvious gradations between women.  Which factors dictate a woman’s status?  Are these factors different from or similar to those that exist in the world you know?

5.      One of the novel’s central themes is the extent to which people can be molded by the surroundings and teachings to which they’re exposed.  Discuss the novel’s various characters in this context.  Which were molded more easily?  Who experienced the most obvious transformations?

6.      Though the role of nurture plays an obvious part in the story, were there also ways in which human nature trumped environment?   Did any characters resist the influence of their surroundings?  In what ways did Clara’s closest relationships—her romance with Glen, her friendship with Macy, her mother-daughter dynamic with Passion/Emily—defy the boundaries of her upbringing?

7.      How do characters like Dr. Mulligan, the women from the therapy group, and Connor all contribute to Clara’s healing?  What perspectives does each bring to the process?

8.      What does the novel illustrate about the importance and fluidity of identity?  How is an identity formed or shed?  What role do names play in this process?

9.      To what extent do you think Clara is culpable for the operation in which she participated?  Did you agree with the verdict of the court?  Why or why not?  Could Glen also be considered a victim as well as a perpetrator?

10.  In the end, Clara has mixed feelings about Glen.  Why?  Is this understandable?

11.  The story is told in a dual narrative—the linear narrative of “Now” and the fragmented narrative of “Then.”  How did you feel about this style?  Why do you think the author chose to tell the story in this way?

Learn More About The Girl Before
print

Until You’re Mine
Samantha Hayes

In the Dark
Cara Hunter

3 Truths and a Lie
Lisa Gardner

The Lost Night
Andrea Bartz
Back to Top