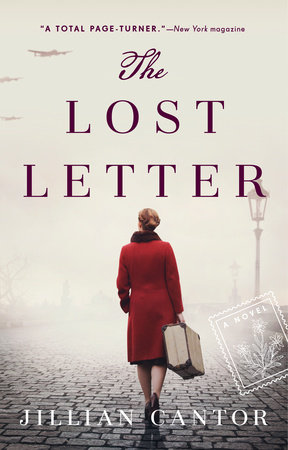 1. Why do you think it’s so important for Katie to do something with her father’s stamp collection? What does it mean for Katie to get out of the car that first morning when she arrives at Benjamin’s office?

2. Compare and contrast Katie and Elena. How are their lives different due to the times and places they were born? How are they the same?

3. What is the meaning of the edelweiss flower in the book? How could it be seen as a “proof of unusual daring” (as in the epigraph) for each of the characters?

4. When Katie learns about Benjamin’s personal story, she sees him differently. How are Katie and Benjamin similar? How are they different with regard to how they’ve responded to the struggles each has gone through? What does Katie’s father’s stamp collection mean to each of them?

6. Discuss the role memory plays in the book. How does Ted’s illness impact the story? How does memory—or lack thereof—guide the different characters’ decisions?

7. What do you think of Elena and Miriam’s relationship? Why does Elena leave Miriam on the train? Is Elena’s behavior brave or stupid?

8. Discuss Gram’s role in the book. How does her past and her life in 1989 impact the story?

9. In what ways is The Lost Letter a love story? Whose love story is it?

10.  Why is the trip to Germany in 1990 important? How does it change and impact things for all the different characters?

11. Compare Amy’s life in East Berlin to Elena’s life in Austria. How were the two places and eras the same?  How were they different?

12. Why is the novel called The Lost Letter? What does losing—and finding—the letter mean for each character?

13. What role does religion play in the characters’ lives and in the story, in both timelines?

14. How do acts of resistance—both big and small—play a role in the novel?

Learn More About The Lost Letter
print
Back to Top