I Was Anastasia Reader’s Guide 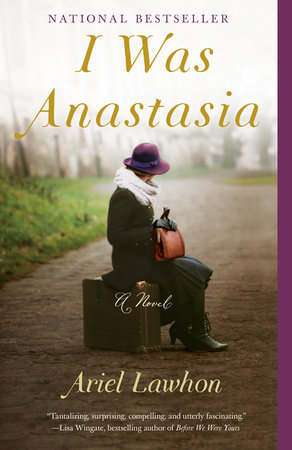 I Was Anastasia Reader’s Guide

print
I Was Anastasia Reader’s Guide

These discussion questions are designed to enhance your group’s discussion of I Was Anastasia by Ariel Lawhon.

In an enthralling new feat of historical suspense, Ariel Lawhon unravels the extraordinary twists and turns in Anna Anderson’s 50-year battle to be recognized as Anastasia Romanov.

1. I Was Anastasia is an unusually structured novel that moves backward and forward in time.  Why do you think the author chose to tell the story in this way?

2. When we first meet Anna Anderson, she is not an easy character to like.  As you learned more about her past, did your opinion of her change?

3. How do you interpret Anna’s hoarding tendencies, especially with regard to animals?

4. Anna’s story is told in the third person; Anastasia’s story in the first person.  What are your thoughts on the different points of view? Which did you prefer?

5. People often think of Anastasia Romanov in terms of the 1997 animated film. Yet this book does not portray her as a typical Disney princess. Were you glad to see a different side to this historic figure? Or did it bother you?

6. The bombing of Hannover (October 8, 1943) is a dramatic and terrifying scene in the book.  Do you think you could display the same level of resilience if you were in Anna’s shoes?

7. The longer the Romanovs were in captivity, the smaller their world became, until they were confined to a handful of rooms. They each handled the boredom and oppression differently. What would you have done in their situation?

8.  Do your thoughts about Anna’s identity shift as the novel progresses?  Does she become more (or less) believable as we travel back in time with her?

9. Did reading this novel inspire you to find out more about the Romanovs?

10. The Romanovs are not the only royal family to come to a tragic end, yet their story endures as few have.  What do you think contributes to the timeless fascination—that of Anastasia in particular?

11. Discuss the ending of the novel.  How did it affect your feelings about the novel as a whole?

12. Did the Author’s Note change your opinion about the ending?

ARIEL LAWHON is cofounder of the popular website SheReads.org. A novelist, blogger, and lifelong reader, she lives in the rolling hills outside Nashville, Tennessee, with her husband, four sons, and black lab—who is, thankfully, a girl.
Learn More About I Was Anastasia
print

As Bright as Heaven

Finding Dorothy
Back to Top