Things That Happened Before the Earthquake Reader’s Guide 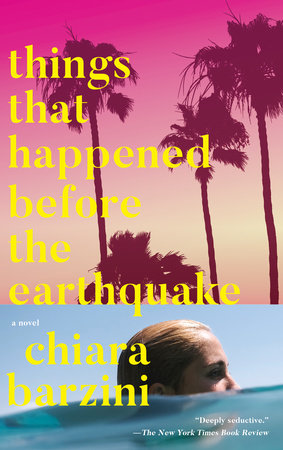 Things That Happened Before the Earthquake Reader’s Guide

print
Things That Happened Before the Earthquake Reader’s Guide

1. Throughout the novel, Eugenia refers to her “rubber suit” protecting her during interactions with others. How did you interpret what she meant by this?

3. Eugenia experiences culture shock when she moves to Los Angeles and attends an American high school. What do you think an outsider might find shocking about your hometown? Your high school?

4. What do you think of the parents in the novel (Deva’s father, Henry’s mother, Eugenia’s parents)? What kinds of things might you have written about your own family when you were a teenager?

5. Were you surprised by the political and social differences between Italians and Americans as they are depicted in the novel?

6. The book feels different when Eugenia and Timoteo went to visit their uncle Antonio and his girlfriend Alma in Sicily. How does it contrast with the rest of the novel? What did this contrast add to your reading experience?

7. How was Things That Happened Before the Earthquake different from other coming-of-age novels you’ve read? How was it similar?

8. How did the setting, 1990s LA, impact your reading of the book? What did it add to the overall tone and/or plot of the novel?

9. Discuss the role of the 1994 earthquake in the novel. What was its significance? What actions did it put into motion?

10. What are your thoughts on the ending? Were you surprised by it?

Learn More About Things That Happened Before the Earthquake
print

Jeff in Venice, Death in Varanasi

The Red-Haired Woman
Back to Top