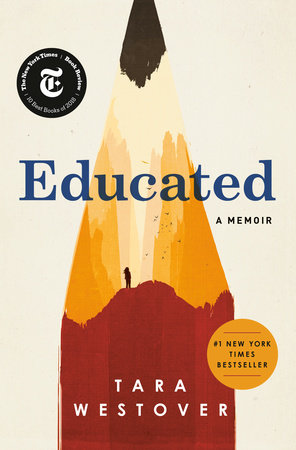 1. Many of Tara’s father’s choices have an obvious impact on Tara’s life, but how did her mother’s choices influence her? How did that change over time?

2. Tara’s brother Tyler tells her to take the ACT. What motivates Tara to follow his advice?

3. Charles was Tara’s first window into the outside world. Under his influence, Tara begins to dress differently and takes medicine for the first time. Discuss Tara’s conflicting admiration for both Charles and her father.

4. Tara has titled her book Educated and much of her education takes place in classrooms, lectures, or other university environments. But not all. What other important moments of “education” were there? What friends, acquaintances, or experiences had the most impact on Tara? What does that imply about what an education is?

5. Eventually, Tara confronts her family about her brother’s abuse. How do different the members of her family respond?

6. What keeps Tara coming back to her family as an adult?

7. Ultimately, what type of freedom did education give Tara?

8. Tara wrote this at the age of thirty, while in the midst of her healing process. Why do you think she chose to write it so young, and how does this distinguish the book from similar memoirs?

9. Tara paid a high price for her education: she lost her family. Do you think she would make the same choice again?

Where the Crawdads Sing (Movie Tie-In)

Americanah
Back to Top