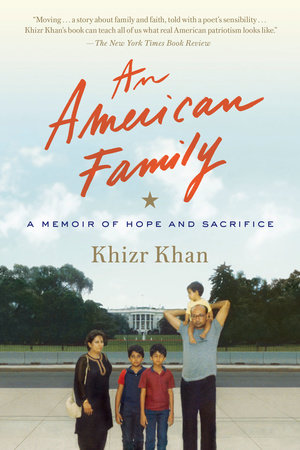 The founding documents of the United States illustrate the importance and power of ideas, but they require the actions of men and women to make them real. If after finishing An American Family you’d like to enact change and embody the ideals that the Founding Fathers enshrined in our nation’s government, here are a few ways to demonstrate your own commitment to equality and justice.
Action Guide
•
Live by example. Tell people who are speaking up on behalf of others or whom you see being mistreated that you stand with them.
•
Read newspapers, watch the news, and be aware of multiple angles of a story. Form your own opinions, and judge news sources carefully before sharing stories with others.
•
Attend peaceful demonstrations on behalf of causes you believe in to show your support.
•
Vote in local as well as national elections. Put them on your calendar early and keep your registration up to date. Research candidates ahead of time.
•
If you see someone under verbal attack or facing insults based on their race, religion, or appearance, stand by them. Look up and attend bystander-­training courses in your area to learn what you can do to halt scenes of injustice.
•
Know and contact your representatives in Congress, in your state legislature, and in local government. Look online for public events and town halls with your representatives and make a point of attending. You’ll not only have a chance to get to know your representatives and voice your opinion, but you’ll learn about the concerns of your neighbors and build your community.
•
Consider running for office yourself, especially in local races.
•
Speak out when you see injustice, and engage those close to you in conversation and debate when their opinions are unjust. Listen to others’ opinions and experiences. Look for common ground between people.
•
Read the Constitution and keep a copy close, as
I do.

1. Discuss Khizr Khan’s relationship with his grandparents. What did he carry with him from his grandfather?

2. People often have ideas about what it means to be an immigrant or who immigrants are. Did An American Family change your view of immigration? Why or why not?

4. What drew Khizr and Ghazala together? What did you think about their relationship?

5. What were some of Khizr’s first observations of the United States? How did this early experience of the country influence his long-­term opinion of it? Did his first impression fit with how you see the country?

6. It’s no secret that many people complain about a visit to the DMV. Why was Khizr’s approach to it so different? Did it change your view of the DMV (or any other institutions)?

7. Did you immigrate to the United States, or have any of your family or friends done so? Discuss your (or their) experience of moving to a new country.

8. Do you think having a family influenced the Khans’ decision to stay in the United States? How did raising a family here seem different than it would have been in Pakistan? Can you imagine raising children in a country where you did not grow up?

9. Why did the Khans decide to pursue U.S. citizenship? What did they gain and sacrifice with this decision? Can you imagine making a similar choice?

10. What values did the Khans hope to instill in their sons? How did the boys reflect Khizr and Ghazala as they grew up and attended college? How was their experience of young adulthood different from Khizr’s and Ghazala’s?

11. How did Khizr and Ghazala choose to honor their son, Captain Humayun Khan? How did they find meaning in his death?

12. What drove Khizr to speak at the Democratic National Convention? What did you think of his decision to get involved in politics, and how did his politics evolve over time? What issues drive you to get involved (in politics or otherwise)?

13. If you’ve read the Constitution, do you have a favorite part or amendment? What do you like about it?

An Ordinary Man
Back to Top