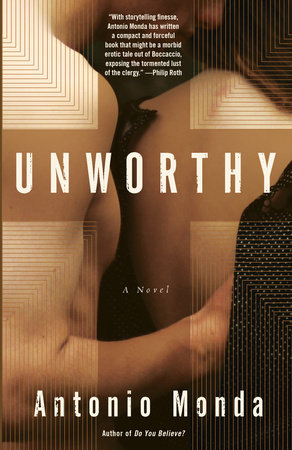 1. Early in the novel, Abram says that he became a priest in part “to change this dirty world, or at least to change myself, which may be even more difficult.” Are you convinced by these reasons? Why or why not?

2. Why do you think the author chose to set this book in the New York City of the 1970s? Do you think the temporal and geographical setting significantly influenced the story?

3. What did you make of the scene where the priests and nuns sit down to watch the Ali-Foreman fight? What did this scene illustrate about Abram’s world?

4. What do you make of the way guilt is represented in the novel? Do you think Abram feels guilt over his actions and their consequences?

5. The novel contains several references to changes happening within the Catholic church–it takes place during the era of Vatican II, when Pope John Paul II made sweeping reforms in order to make Catholicism more accessible. How do you see faith being tested, or forced to evolve, throughout the novel? Do you think religion should adapt with a changing culture?

6. “Unworthy” is the title of the book as well as a word that Abram repeatedly uses to describe himself. What do you think this word means in the context of the novel? Is there another word you could substitute as the title?

7. While taking confession, Abram notes that above all else, “sin is boring.” How did you understand this sentiment? How does this notion affect how you understand the “sins” that take place throughout the book?

8. Do you think Abram is a reliable narrator? How do you think the story would be different if we had been afforded Lisa’s (or another character’s) perspective?

9. This novel has many secondary, or ensemble, characters who influence the way Abram sees the world: the other priests, the nuns, Dena, Raj, the homeless woman, etc. Which ones shaped Abram’s worldview most strongly? Were those influences positive or negative?

The Warlow Experiment
Alix Nathan
Back to Top