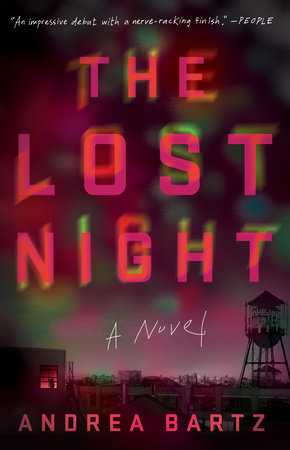 1. Lindsay begins investigating Edie’s death after her catch-up dinner with Sarah. Would you have done the same or let sleeping dogs lie? What do you make of Lindsay’s compulsion to dig into Edie’s old case after so much time had gone by?

2. What made Edie so enchanting to Lindsay and the other residents at Calhoun Lofts?

3. How do Lindsay’s scattered memories contribute to the story? Did you feel she was a reliable narrator?

4. Which of the characters did you feel most connected to?

5. Do you think Edie was a good friend?

6. Why do you think Lindsay isolated herself from the rest of the group after Edie’s death?

7. Calhoun Lofts becomes a character in the story as much as any of the other people. Describe the effect the book’s setting had on you.

8. What do you make of Lindsay’s friendship with Tessa?

9. When Lindsay reveals what really happened during the Warsaw Incident, we learn about one of her most shameful secrets. Did it change how you thought of her? Why?

10. As the narrator, Lindsay is constantly picking apart and commenting on the social dynamics at play around her—trying to understand people’s motivations and intentions. Did you find that commentary relatable? What did it tell you about her character?

11. As Lindsay compares everyone’s recollections of what happened in 2009, she realizes there are many different interpretations of the same reality. Have you ever remembered a shared experience very differently from someone else? What happened?

12. Were you surprised by the ending? What did you think had actually happened to Edie?

13. Throughout the narrative, technology serves as both a memory aid and a marker for how different things are today vs. ten years ago. How do you use technology to document your life? How would you feel if, ten years from now, you could no longer access the photos and posts you took today?

14. The Lost Night is set in the present but centers on Lindsay’s life as a twentysomething, when she was out on her own with a new set of friends for the first time. How does her experience compare to that period in your life?

Learn More About The Lost Night
print
Back to Top