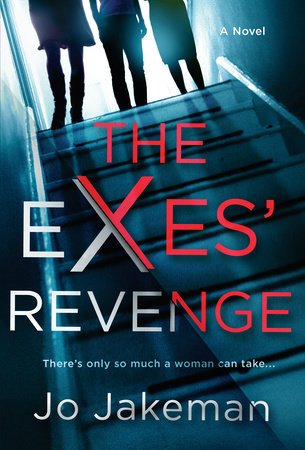 1.   Although frustrated with the status of their divorce, Imogen is shown to be a nonviolent and nonimpulsive person. If Phillip hadn’t demanded that she and their son move out, do you think Imogen would have reacted the way she did?

2.   Initially, Imogen, Ruby, and Naomi have different feelings about Phillip and somewhat negative feelings about one another. Despite these differences they ultimately decide to unite against him. Have you ever had to work with someone you disagreed with for the greater good? What were the challenges? Was the outcome worth it?

3.   The story explores different kinds of relationships, including those between parents and children, friendships, and love between romantic partners. Do you think that each of the characters’ relationships with their parental figures influences the events of the story? How significant is it that the women had few people to turn to?

4.   Although the story is mostly told through Imogen’s perspective, there are also glimpses into Ruby’s, Naomi’s, and even Phillip’s pasts. Why do you think the author chose to include these moments of alternate perspectives? Did it change the way you felt about any of the characters and their relationships?

5.   Discuss Imogen’s relationship with her son. How do you think she reconciled Alistair’s desire for his father’s love with the knowledge of Phillip’s abusive behavior?

6.   Do you understand why Naomi and Imogen were both reluctant to go to the police during their relationships with Phillip despite the abuse they endured?

7.   Ruby doesn’t believe the truth about Phillip right away, despite what she is told by Imogen and Naomi. Why do you think she is so determined to see the best in him?
8.   It’s clear from the beginning of the novel that Phillip dies during the events of the book. Are the circumstances of his death satisfying? Would you have preferred that he had lived to be prosecuted for his crimes?

9.   Do you think it’s inevitable for friendships or bonds to form between people who experience a shared trauma, such as what Imogen, Naomi, and Ruby share? Why or why not?
Learn More About The Exes’ Revenge
print

You Kill Me
Alison Gaylin

The Girl I Used to Be
Mary Torjussen

The House Across the Lake
Riley Sager

Those Who Trespass
Bill O’Reilly

One of the Girls
Lucy Clarke

All the Secret Places
Anna Carlisle

What You Left Behind
Samantha Hayes

All These Perfect Strangers
Aoife Clifford

With You Always
Rena Olsen