You Were There Too Reader’s Guide 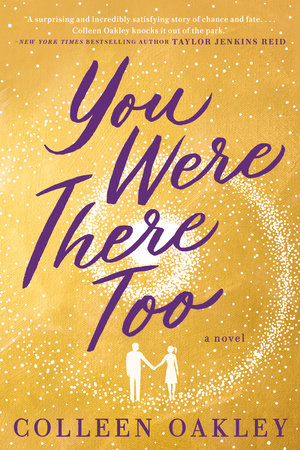 You Were There Too Reader’s Guide

print
You Were There Too Reader’s Guide

1. Near the beginning of the book, Mia admits she’s been dreaming about a man on and off for most of her adult life. Have you ever had any recurring dreams? What do they mean to you?

2. When we meet Mia, she tells her sister, “It doesn’t feel like this is where I’m supposed to be.” Why do you think she feels that way?

3. Mia and Harrison suffer a third miscarriage. What does the way they handle it tell you about their relationship? Do you think they have a strong marriage?

4. When Mia runs into Oliver a second time, he offers to help her with her garden and after spending the day with him, she realizes she feels like she’s known him forever. Have you ever felt that way when you first met somebody? What, if anything, do you think it means?

5. After Harrison misses Mia’s first appointment with the fertility specialist, she thinks, “The downside of being a surgeon’s wife isn’t just the long hours, but that strangers’ misfortunes can impact you so greatly.” Do you think there are any circumstances where the demands of one partner’s job should be more important than the marriage?

6. When Mia and Harrison have dinner with Caroline and Oliver, she inevitably compares Oliver with her husband. Did you note any similarities between the two men? What are the biggest differences between them?

7. Mia decides not to tell her husband right away when Oliver confesses to dreaming about her too. Do you think it’s a betrayal? Should spouses tell each other everything? Or is it sometimes understandable to keep something to yourself?

8. Even though Harrison said he needed time, Mia continues to seek out information about IVF. Do you think she’s being too pushy or is Harrison not being supportive enough?

9. On their mini getaway in New Jersey, Mia describes marriage as being like her television from childhood: “The connection gets loose sometimes—even to the point where you think it might not work anymore—but then something jars it and the wires slip back into place, exactly where they belong, lighting up the screen and bringing back the sound; everything working as it should.” Did that strike you as an accurate description of a marriage?

10. After Mia spies Harrison with Whitney downtown, she remembers that Harrison doesn’t believe in soul mates. What does a soul mate mean to you? 11. In a drunken moment, Harrison finally reveals the burden he’s been carrying for months—that he feels responsible for the death of a young patient. Why do you think he kept this from Mia?

12. When Oliver shows up at Mia’s house, bewildered at the realization that Mia was at his best friend’s wedding years earlier, he repeats a Yogi Berra quote: “This is too much of a coincidence to be a coincidence.” What do you think that means?

13. What qualities do you think Mia needed in a partner? Who did you think was a better match for her?

14. After talking to Raya, Mia drives back to Hope Springs and makes her decision about who she wants to be with. Were you surprised by her choice?

15. Have you ever had a dream that came true before? Do you believe people can truly dream about the future?

16. At the end, when Oliver stops by Mia’s to see how she’s doing, she wonders why Oliver was in her life, and that “maybe Harrison was right—maybe there’s no rhyme or reason to it all.” Why do you think people come into our lives? Do you think it
Learn More About You Were There Too
print