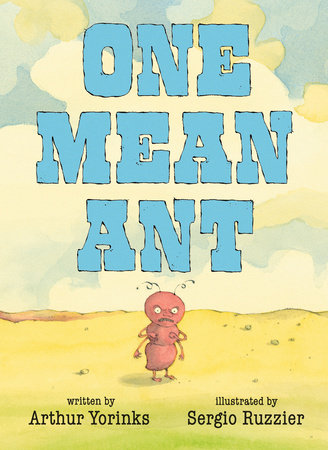 Part of One Mean Ant

About One Mean Ant

An astonishingly disagreeable ant meets his match in this pitch-perfect picture book comedy from Arthur Yorinks and Sergio Ruzzier.

Was there ever an ant as mean as this mean ant? Not likely. This ant is so mean that leaves fall off trees when he walks by. This ant is so mean that grapes shrivel when he looks at them. But when this mean ant finds himself lost in the desert and meets a fly that defies explanation . . . well, nothing is the same again. With this first in a planned trilogy, celebrated picture book creators Arthur Yorinks and Sergio Ruzzier team up for a hilariously slapstick tale that will make a raucous read-aloud for any storytime.

Also in One Mean Ant 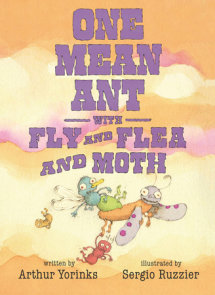 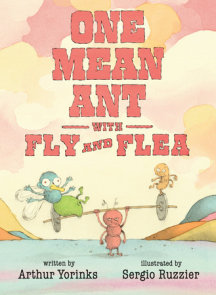 Readers will delight in the silly antics and wacky wordplay of these unlikely companions just as much as they’ll enjoy the conversational, tall-tale voice adopted by the narrator. A zany, hilarious first in a planned trilogy.
—Kirkus Reviews

There’s little physical action; instead, the energy comes from Yorinks’s hotheaded dialogue (“Buzz off!”) and Ruzzier’s expressive characters and backgrounds. Though the even-tempered fly shows signs of being able to break through the ant’s hostile defenses, redemption is fleeting for the vaudevillian pair. And a surprise ending brings the proceedings to a sudden close that may prove a bit of a shock for those who have gotten into the lengthy story’s rhythm.
—Publishers Weekly