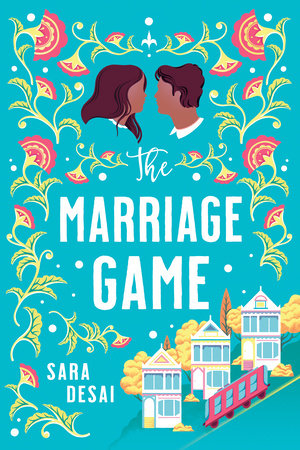 The Marriage Game by Sara Desai
Questions for Discussion

1. What is the difference between a comedy, a romance, and a romantic comedy? How would you classify The Marriage Game, and why?

2. If you were making a movie of this book, who would you cast?

3. Although he loves her deeply, Layla’s father adheres to traditional cultural views that put higher expectations and more responsibility on sons. How do those views affect how Layla sees herself, if at all? Do those cultural attitudes impact the decisions she makes in life? How do those same attitudes come into play with respect to Sam, and what role do they play in his decision to abandon his family after his sister is hurt?

4. Sam and Layla are physically attracted to each other when they first meet. When do you think they first feel an interest that goes beyond physical attraction? How does it change their behavior, if at all?

5. Let’s talk about the big fight in the parking lot outside the sports center. What triggered it? Why did they become intimate after stripping each other emotionally bare, when the obvious thing to do was run away?

6. Sam becomes emotionally invested in the relationship before Layla. How does he discover that Layla does not feel the same way, and how does he react? What is holding Layla back at this point?

7. Sam is faced with an impossible choice when Royce shows up at the office with the board of directors. Why does he make the choice he does? Do you agree with his decision?

8. When does Layla realize that she still wants to be with Sam despite his betrayal? When does she forgive him? How does he show her he is finally worthy of her love?
Learn More About The Marriage Game
print

How to Fail at Flirting

The Wedding Ringer
Back to Top