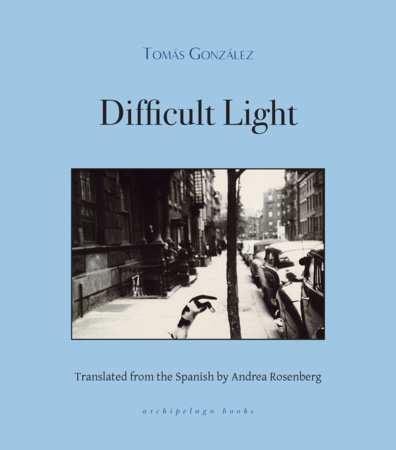 discussion questions
1. In the novel, different timelines are braided together. Discuss how time functions in the novel. What effect does the way time unfolds have on the reading experience, and our understanding of what’s happening?
2. Sara and David have very different relationships with their children. Discuss the role of what’s heard and unheard in those relationships and in the way David narrates them.
3. At several points in the novel, the narrator seems to intertwine sensations experienced via different senses: he says “It’s so loud, you can’t even write” and refers to “the light of sounds.” Why might that be? How do descriptions of sensations operate in this text?
4. Difficult Light takes place in both New York and La Mesa, and sometimes certain words are explicitly described as having been said in English or Spanish. What bearing do the characters’ multilingual lives have on the novel? In what ways are our experiences as readers mediated by the fact that this text is a translation from Spanish?
5. What is the relationship between the pages David is writing and the novel that we are reading?
6. The novel’s title is Difficult Light. At one point while painting, David describes a “light that contains shadows, that contains death, and is also contained within them.” How are all the concepts he mentions connected? What does their juxtaposition here suggest about what they mean in the novel? What is the role of notions of light and dark in the text?
7. What is the symbolic weight of David’s painting of the ferry?
8. “Here I am forced by language, which is inherently clunky, to describe as two separate things something that in its simplest, purest form is only one . . .” Broadly speaking, what does the novel have to say about the possibilities and limits of language?
9. What does the relationship between the human world and the animal world in this novel reveal to us about the characters and the novel’s concerns?
10. One word that recurs throughout the text, starting with the epigraphs, is “world.” How do you think the narrator would define “world”? What is contained (or not) in the word?
Learn More About Difficult Light
print