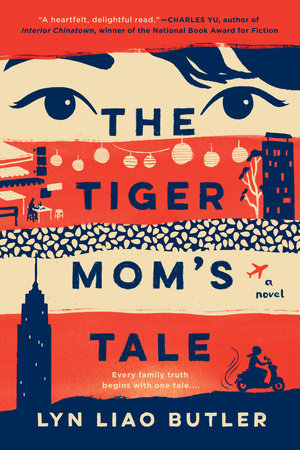 1. Lexa tells Maddie at the beginning of the book that Greg is her real father because he’s the one who raised her. Do you agree? Or do you think blood and biology makes someone the real parent?

2. Lexa struggles to fit in. She feels like she sticks out in her all-blond family, but when she’s in Taiwan, people tell her she isn’t really Taiwanese, since she’s half white. Have you ever felt that you don’t fit in because of your background?

3. Taiwanese food is mentioned throughout the book. Do the descriptions make you want to try it, if you’re not already familiar with it?

4. Do you think Pong’s method to try to reconcile Lexa with her father was cowardly and manipulative? Or do you think he did the right thing? Would you have agreed to his conditions?

5. Lexa equates sesame balls with bad luck after her mother tells her about Phoenix and her father dies. Have you ever associated things with bad luck because you were using/doing something when you got bad news?

6. Do you think Lexa’s estranged relationship with her father is why she is still single and doesn’t want children? Why or why not?

7. Susan thinks Lexa has buried herself in her work to avoid dealing with her past. Do you agree? Have you ever used work to ignore emotional feelings?

8. Maddie made it clear she didn’t like Hsu-Ling even before meeting her. Why do you think she was so jealous of Hsu-Ling?

9. Was Pin-Yen a sympathetic character at all? Can you understand how someone could do something like what she did to Lexa, all to protect her own daughter?

10. Lexa is reluctant to let Jake in because they live on opposite coasts and differ in their views of children. Do you think she really feels that way, or is it just an excuse? Do you think Lexa and Jake can overcome their differences and have a healthy relationship?

11. Lexa finds solace and strength in kung fu, relying on it throughout her life when dealing with difficult situations and people. Do you have something similar in your own life that helps you get through difficult times?
Learn More About The Tiger Mom’s Tale
print

How to Save a Life

Meet Me in Paradise

The Sweet Taste of Muscadines

Blush
Back to Top