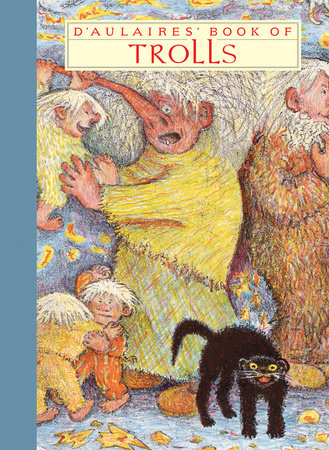 About D’Aulaires’ Book of Trolls

In this spectacular follow-up to their beloved Book of Norse Myths, the husband-and-wife team of Ingri and Edgar Parin d’Aulaire explore the uncanny reaches of Norse mythology, an enchanted night-world populated by trolls of all kinds—mountain trolls, forest trolls, trolls who live underwater and trolls who live under bridges, uncouth, unkempt, unbreakable, unforgettable, and invariably unbelievably ugly trolls—who work their wiles and carry on in the most bizarre and entertaining fashions.

With their matchless talent as storytellers and illustrators, the d’Aulaires bring to life the weird and wonderful world of Norse mythology. 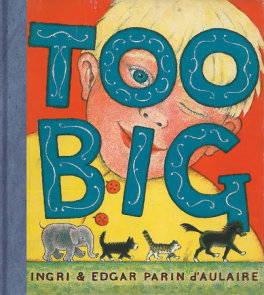 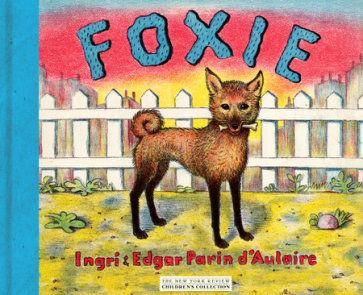 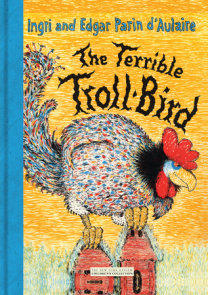 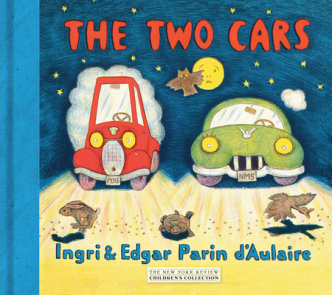 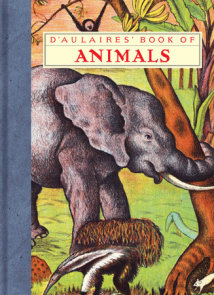 Edgar Parin d’Aulaire (1898—1986) studied art in Germany and France, and worked with Henri Matisse. In Munich, he met Ingri… More about Edgar d’Aulaire

"Available once again, this beautifully lithographed collection of lore introduces children to some of traditional literature’s bad boys (and girls)." —School Library Journal

“Over their nearly five-decade career, Ingri and Edgar d’Aulaire penned and illustrated nearly 30 books, winning them wide acclaim and several awards. Trolls, originally released in 1972, was among this lauded group. New York Review Books has now returned it to print, and we have two words to say about that: Thank you. Trolls combines charming tales from Norse folklore with a fantasy traveler’s guide to the hairy beasts. We learn about forest trolls, mountain trolls and bridge trolls—their habitats, habits and even number of heads. We meet three creatures who share a single removable eyeball, and cursed princesses who burp toads. But nothing’s too scary: The lithographed pictures have a warm, hand-drawn look that transforms all beasts from horrific to humorous. The press reprinted another of the couple’s classics last year, D’Aularies’ Book of Norse Myths, with a preface by novelist Michael Chabon. This new entry in the collection arrives without endorsement, but trust us, it doesn’t need one.” –Time Out New York Kids


“There are children whose drawings of even the most ferocious monsters still reflect a quality of their own innocence and sweet temperament. The same is true of the artwork of the d’Aulaires. No matter how fierce their subjects, they can endow them with a kind of vulnerability that is both touching and–especially in the case of trolls–ridiculous…Combining knowledgeableness with easy-going humor, the d’Aulaires work anecdote after anecdote into a kind of patchwork story-quilt. Each patch, while complete in itself, contributes to an over-all understanding of the Norwegian troll world, fragments of which have survived into today…[They] have written an authoritative book on trolls and created a nearly perfect picture book for children.”–The New York Times

“D’Aulaires’ Trolls, an informative Baedekar on the moss-grown mountains of Norway and their weird inhabitants of more than a century ago, exemplifies a happy balance of art and text…Ingri and Edgar Parin d’Aulaire have completed the legends and descriptions with fittingly grotesque color and black-and-white sketches of myriad trolls.”–The Washington Post

“The crayon-like drawings have a humorous ugliness, and in their own outlandish way are a delightful change from all the antiseptic ethnic literature being turned out with one eye on the ethnic dollar.”
–Christian Science Monitor

“This book represents the quintessence of the d’Aulaires’ art.”–Horn Book

“The D’Aulaires’ Book of Norse Myths taught a generation about the legends on which much of literature is based. Now their D’Aulaires’ Book of Trolls by Ingri and Edgar Parin d’Aulaire, first published in 1972, returns to print to shed light on another staple of Norway: the magical trolls, ‘as old and moss-grown as the mountains themselves,’ in all their diversity.”
—Publisher’s Weekly