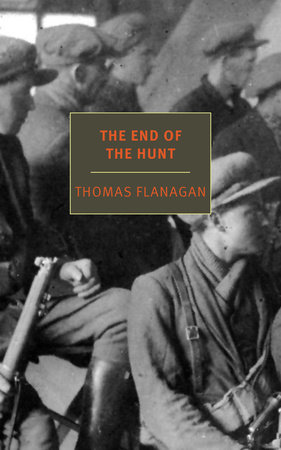 The End of the Hunt

Part of The Thomas Flanagan Trilogy

About The End of the Hunt

This third volume of Thomas Flanagan’s best-selling Irish-history trilogy (which begins with The Year of the French and continues with The Tenants of Time) brings to epic life the events of the Irish War of Independence. Flanagan’s gaze is both world historical and intimate as he tells the story of Janice Nugent, a recent war widow who strikes up a romance with Christopher Blake, a historian and propagandist for the IRA; of Patrick Prentiss, discharged from the British army after losing an arm in World War I to find Dublin engulfed in civil turmoil; of a Virgil-toting gunman named Frank Lacy; and of a panorama of meticulously drawn historical figures on both sides of the conflict, from Winston Churchill and Lloyd George to Eamon de Valera and Michael Collins. While violence escalates and losses mount, the once-mighty British Empire shows signs of strain and Irish independence finally glimmers on the horizon.

Also in The Thomas Flanagan Trilogy 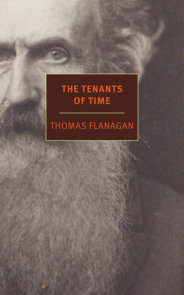 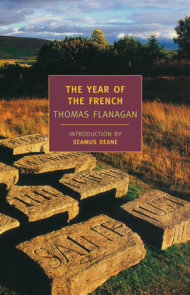 “The End of the Hunt is about the Troubles—Ireland’s battle for independence and the internecine conflicts it caused. It has the historical personages of Winston Churchill, Lloyd George and others, but, more important, five distinct, individual fictional voices that [Flanagan] created, and he has them speak in the third and the first person. Each one is indelible.”
—Los Angeles Times

“The mood of uncertainty, the sense of betrayal, jubilation over what’s been achieved and frustration at the incompleteness of the deal: all this is splendidly conveyed. The End of the Hunt offers history with its more exalted assumptions left intact…[it] accommodates all the notions of heroic commitment, indomitable Irishness and the rest of it, guaranteed to hold the attention and keep the spirits up.”
—Patricia Craig, The Times Literary Supplement

“Few historical novels about any time and place are as rich and rewarding as this one.”
—Library Journal

“This splendid novel, last of a trilogy, brings Ireland’s tragic history down to the civil war of the 1920’s. Analogies will be drawn with the present.”
—The New York Times Book Review, Notable Books of the Year

“This narrative focuses on the movement’s partial success during the years of guerrilla struggle that first saw the emergence of the IRA, the drama of the peace negotiations with the British and the terrible civil war that followed when the IRA split over the treaty terms…. This substantive successor to the author’s previous work re-creates a complex period of ‘terrible beauty’ in Irish history.”
—Publishers Weekly

Looking for More Great Reads?
21 Books You’ve Been Meaning to Read
Download Hi Res
The End of the Hunt

The End of the Hunt