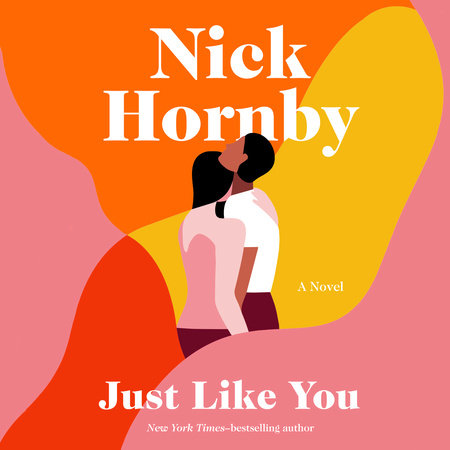 1. Just Like You centers on the unexpected relationship between Lucy and Joseph, who are different in almost every way—age, race, socioeconomic status, education, marital status, parenting experience, even music preference—yet they fall in love. In what ways do their differences create challenges for their connection? In what ways do their differences enhance their connection? Have you ever experienced anything similar?

2. How does the author convey the major differences between the characters, beyond just the facts about their lives and families? What other ways does he show you who they really are? How does he convey the similarities they share, beyond their surface differences?

3. On paper, Lucy and Michael Marwood seem perfect for each other. Why doesn’t it work out for them? What about for Joseph and Hanna? For Joseph and Jaz? Do you believe there’s a “right one” for all of us, or a “right one for right now,” or some other way of thinking about the best romantic match?

5. For a while, Joseph and Lucy try to deny their feelings for each other. Do you think they are mostly worried about what other people will think, or what they themselves think about the situation? Have you ever led with your head when you should have led with your heart, or vice versa?

6. Whatever form it may take, communication is an important part of any relationship. Though their age difference means they have slightly different relationships with technology, Joseph and Lucy communicate early on via text. Consider what role this plays in the evolution of their relationship. Consider, too, how the author uses their texts within the narrative, and how it allows him to illustrate more than just what they are saying to each other. Do you think Lucy and Joseph would ever have gotten together in a pre-texting culture?

7. This love story is deliberately set against the time period leading up to and following both Brexit and the U.S. Presidential election of 2016. How does the author relate this recent history and current events to the decisions and challenges facing Lucy and Joseph? What effect does this backdrop have on the actions of the characters? What effect does it have on the reader’s interpretation of the front story? Do you think it would be read any differently if it were set, say, ten years earlier?

8. The author writes this story from two different points of view, giving us access to both Lucy and Joseph. One is a white woman, the other is a Black man. Did you connect more with one voice or character over the other? Did it surprise you, which one you more strongly connected to?

A Special Place for Women

The Star-Crossed Sisters of Tuscany

Just Haven’t Met You Yet

Yinka, Where Is Your Huzband?
Back to Top