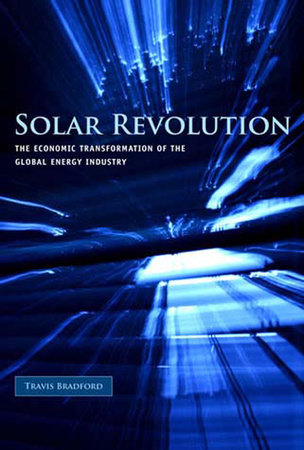 The Economic Transformation of the Global Energy Industry

An innovative analysis that shows how the shift to solar energy—in particular, the use of photovoltaic cells—is both economically advantageous and inevitable, and will rival the information and communication technologies revolution in its transformative effects.

In Solar Revolution, fund manager and former corporate buyout specialist Travis Bradford argues—on the basis of standard business and economic forecasting models—that over the next two decades solar energy will increasingly become the best and cheapest choice for most electricity and energy applications. Solar Revolution outlines the path by which the transition to solar technology and sustainable energy practices will occur.

Developments in the photovoltaic (PV) industry over the last ten years have made direct electricity generation from PV cells a cost-effective and feasible energy solution, despite the common view that PV technology appeals only to a premium niche market. Bradford shows that PV electricity today has become the choice of hundreds of thousands of mainstream homeowners and businesses in many markets worldwide, including Japan, Germany, and the American Southwest. Solar energy will eventually be the cheapest source of energy in nearly all markets and locations because PV can bypass the aging and fragile electricity grid and deliver its power directly to the end user, fundamentally changing the underlying economics of energy. As the scale of PV production increases and costs continue to decline at historic rates, demand for PV electricity will outpace supply of systems for years to come. Ultimately, the shift from fossil fuels to solar energy will take place not because solar energy is better for the environment or energy security, or because of future government subsidies or as yet undeveloped technology. The solar revolution is already occurring through decisions made by self-interested energy users. The shift to solar energy is inevitable and will be as transformative as the last century’s revolutions in information and communication technologies. 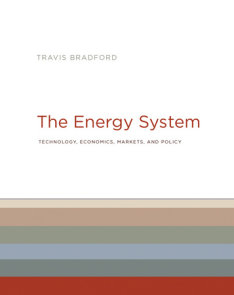 See all books by Travis Bradford

Every American who pays or knows someone who pays an electric bill should read Solar Revolution.

While the book is a bit technical, even a solar-novice can learn plenty about the past and present of solar energy, and what may be in store for the future.