Not Exactly What I Had in Mind Reader’s Guide 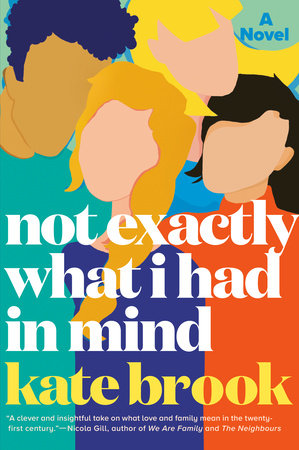 Not Exactly What I Had in Mind Reader’s Guide

print
Not Exactly What I Had in Mind Reader’s Guide

1. We learn that Hazel is an illustrator early on in the book, but that she hasn’t reached the level of success with her art that would allow her to support herself with it. How is her journey as an artist over the course of the novel intertwined with her emotional journey?

2. Alfie is often concerned that minor symptoms of his are indications of bigger illnesses. How does his health anxiety relate to his family’s history? How do you think it affects him and his relationships (romantic or otherwise)?

3. One of Hazel’s first impression of Miles from his dating app profile is that he’s kind of pretentious. Why do you think she was willing to explore a relationship with him—instead of with Alfie—despite her initial feelings?

4. Why do you think Hazel defends Miles to her friends Nish and Roisin after they confront him on his exhibit? How does Roisin’s ability to challenge others in the moment stand in contrast to Hazel’s much more self-doubting internal dialogue?

5. Emily becomes increasingly anxious about having a baby in a world that’s so consumed by the climate crisis. How do you feel about this? What are the ethical quandaries of having children in our current day and age?

6. It often seems like there is so much these characters feel they can’t say to each other, like Alfie’s and Hazel’s interest in one another and Daria’s fear of pregnancy. How do all of these unsaid things affect our characters and what happens in the novel? Do you think it might have gone differently if they were able to share their wants and fears sooner?

7. Daria’s and Emily’s journey to become pregnant is a complicated one, not only because they have to involve a donor, but also because they’re each dealing with their own stress and worries around pregnancy and having children. Despite this, do you think the process ultimately brings them closer?

8. Alfie, Daria, and Emily have some strong opinions about Miles. Why do you think they don’t share any of these thoughts with Hazel at the time? Do you think it would have worked out differently if they had?

9. Do you think Alfie, Daria, Emily, and Hazel change throughout the course of the novel?  How do the choices they each make affect their personal growth?

10. Daria says to Emily that “literature is a way of communicating. It’s a way of creating empathy. We’ll need it more than ever if the climate full-on breaks down. We’ll need reminders to stay human, even when the world’s beyond saving. Especially then.” Do you agree with her? Do you feel that other forms of media have this same ability or are books special?

11. Do you think the overall message of the book, despite the characters’ many fears and doubts, is one of hopefulness for the future?
Learn More About Not Exactly What I Had in Mind
print

How to Knit a Wild Bikini

The Setup
Back to Top