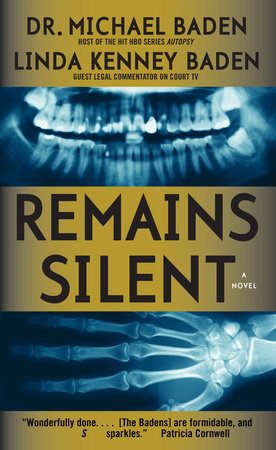 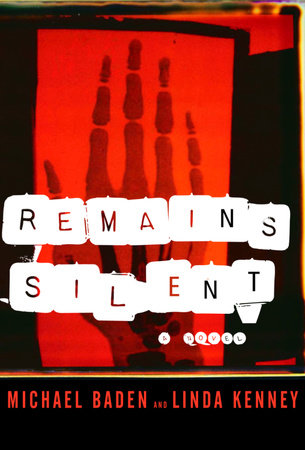 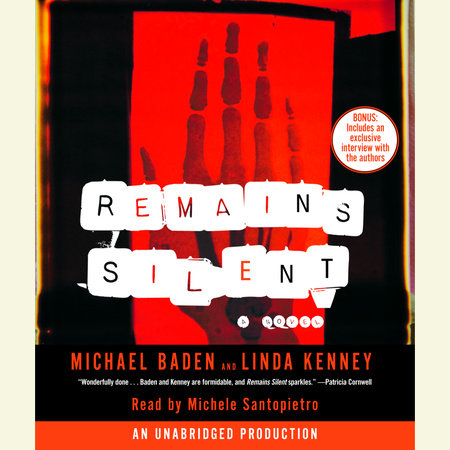 When a body is found beneath a construction site near the Catskill Mountains, New York City deputy chief medical examiner Jake Rosen is called to the scene, where he meets his match: Philomena “Manny” Manfreda, a beautiful crusading attorney. Together they stumble upon a decades-old mystery involving a long-shuttered mental institution, shocking medical experiments, and a troubled love affair.

When a body is found beneath a construction site near the Catskill Mountains, New York City deputy chief medical examiner Jake Rosen is called to the scene, where he meets his match: Philomena “Manny” Manfreda, a beautiful crusading attorney. Together they stumble upon a decades-old mystery involving a long-shuttered mental institution, shocking medical experiments, and a troubled love affair.

From Michael Baden (former New York City chief medical examiner, chief forensic pathologist for the New York State Police and for the U.S. Congress investigations into the assassinations of President John F. Kennedy and Martin Luther King, Jr., and host of the hit HBO series Autopsy) and Linda Kenney (civil rights attorney and guest legal commentator on Court TV, CNN, and MSNBC), a masterful debut crime novel–the first in a stunning new series in contemporary suspense–that brilliantly mines the worlds of forensic science and law and introduces an irresistible crime-fighting team.
Philomena “Manny” Manfreda is a crusading attorney for the disenfranchised. Five years out of law school, with an apartment not much bigger than one of her beloved Prada shoe boxes and a burgeoning reputation as one of the city’s fiercest litigators, Manny is an unabashed shopaholic who changes her hair color weekly, carries her poodle, Mycroft, everywhere, and whose idea of therapy is the preparation of an eight-course Italian meal.

Dr. Jake Rosen is the deputy chief medical examiner of New York City, a confirmed workaholic and bachelor who lives alone in an oversized nineteenth-century Manhattan brownstone littered with morbid memorabilia and forensic artifacts, and who divides his life between the autopsy table and Chinese takeout.

When a body is unearthed beneath the construction site of a mall near the Catskill Mountains, Jake is called to the scene by his elderly mentor, Dr. Pete Harrigan, to examine the bones. Further investigation reveals a gruesome discovery: additional skeletal remains with striking abnormalities. After one of the victims is identified, the family of the deceased retains Manny to represent them, and, with Jake, she is swept into a terrifying vortex of murder and deceit, where a mounting body count hides both a shocking cover-up and a devastating love story.

A chilling debut that introduces a major new voice in crime fiction. 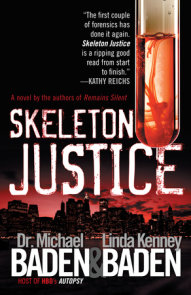 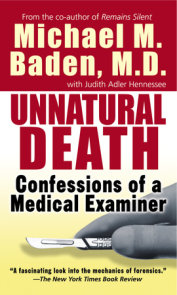 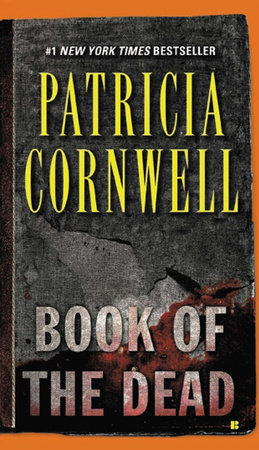 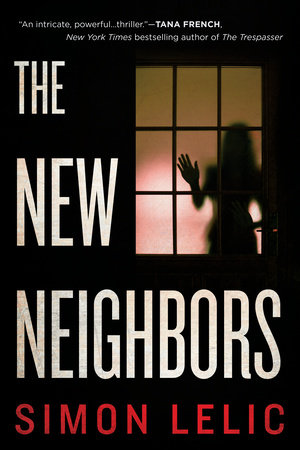 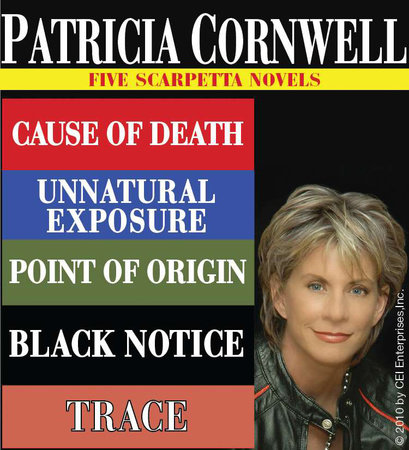 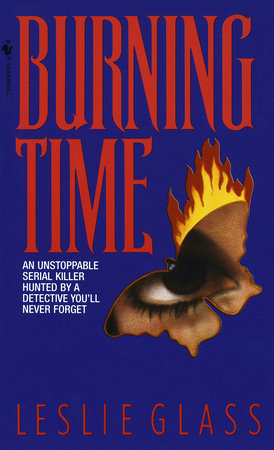 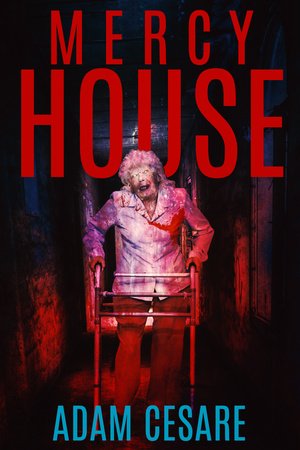 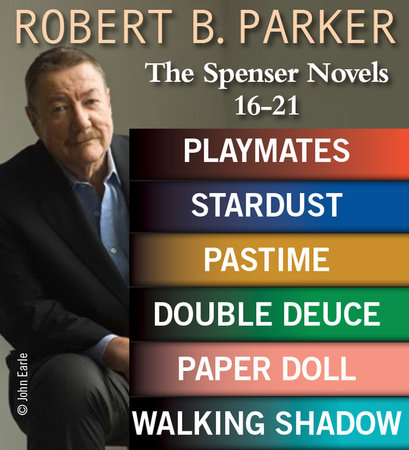 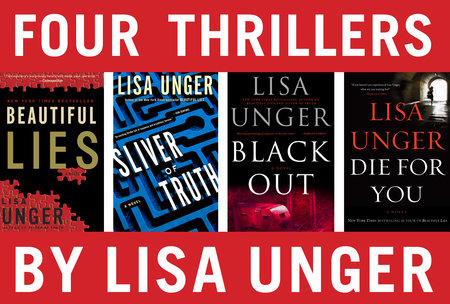 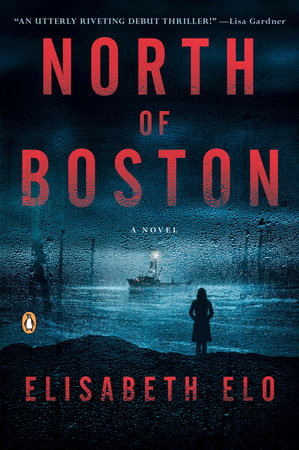 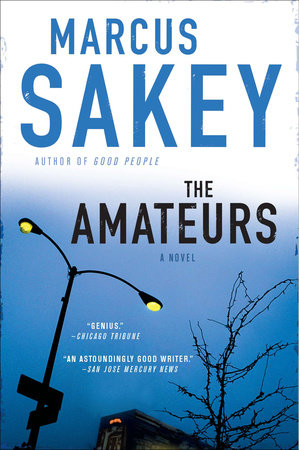 “Wonderfully done. . . . Baden and Kenney are formidable, and Remains Silent sparkles.” –Patricia Cornwell“Chilling. . . . Will keep even the most sophisticated reader guessing until the very last page. . . . [It] makes CSI and NYPD Blue look like child’s play.”–Ann Rule
“A satisfying read for fans of both medical and classic mysteries.”–Decatur Daily“Personality abounds. . . [Remains Silent] evoke[s] popular authors like Janet Evanovich and Stuart Woods.” –The New York Times“Baden and Kenney have given us the best wisecracking, crime-fighting couple since Nick and Nora Charles.”–Catherine Crier

A Conversation with Michael Baden and Linda Kenney, authors of REMAINS SILENT:


Q: How did you two meet? We hear rumors it involved a morgue…
A: It did. People now kid us that our first “date” was in a morgue. The reality is that Linda needed an outside forensic pathologist to do a second autopsy–other lawyers recommended Michael. But, as a result of this, we thought it would be appropriate that Jake and Manny’s readers experience Manny’s perception of what a first date would be like at an autopsy.

Q: You both have busy, full time jobs. What made you decide to take on a novel?
A: We are both often consulted by authors about forensic science and legal aspects of novels they are working on. We had talked about our doing a book since we were helping so many others. Then we bought a vacation home, which, by happenstance, we rented for the summer to a woman named Leigh Feldman of the Darhansoff, Verrill, Feldman literary agency. Leigh had been the agent for Cold Mountain and Memoirs of a Geisha. She read two non-fiction books Michael had written that happened to be in the house and asked us “why don’t the two of you do a book?” It was as a result of her motherly prodding that we finally decided we could incorporate such a project into our schedule if Linda became “Of Counsel” to her law firm, and as long as we only slept three hours per night.

Q: How much of Michael and Linda are in Jake and Manny?
A: Well, Manny is 5’8”, size 8, blonde, 29 years old and a lawyer–one out of five isn’t bad! Jake is a forensic pathologist who is sexy in a scientific sort of way–there’s no difference between Michael and Jake!

Q: So you guys are still married…the collaboration must have gone well. Any challenges?
A: We will be celebrating our 5th anniversary soon, so I guess things are going alright! We both like being each other’s muse. Unless both of us wrote this book together, we could not have incorporated fashion with autopsies so successfully. It’s wonderful that we supplement each other in lots of ways.

Q: We hear you have an interesting collection of crime memorabilia. Can you tell us some of your favorite items and how you found them?
A: We both independently collected historical items, especially those related to crime, before we met. Most of our items are purchased at auction, some on e-bay, others in antique stores and others by word of mouth. We’re both concerned about fallibilities in the legal system. A lot of Linda’s documents relate to the court system’s appalling approval of slavery. These documents show that the legal system can be wrong in a big way. “Injustice!” as Manny would say. Michael collects presidential pardons. Perhaps the most cherished item in our collection are the original handwritten alienists’ notes concerning Richard Loeb, of Leopold and Loeb. Clarence Darrow was the first attorney to bring forensic psychiatry into the courtroom to challenge the death penalty in the 1920s. We also collect documents related to presidential and other assassinations given Michael’s positions in investigating the assassinations of President John F. Kennedy and Dr. Martin Luther King. One of our pet peeves is how proper medical care–available at the time–could have saved President James Garfield and President William McKinley’s lives. The only death warrant Bill Clinton signed off on as Governor of Arkansas–also signed by the person to be executed–is also a favorite part of our collection.

Q: Are there any hazards in collecting all this crime memorabilia?
A: Yes, we always kid each other that should one of us be found dead, the other would go straight to jail because we have so many true crime books, numerous treatises on poisons and suspicious deaths. Some even make their way to our night tables! The responding police officers would automatically assume the living spouse had killed the other, which would be immediately confirmed by legions of television “profilers.”

Q: What do you read? Who are some of your influences?
A: We both love Dashiell Hammett for a number of reasons. He was the creator of the original husband/wife married detective team of Nick and Nora Charles and their dog Asta. Linda loves all thriller writers but also likes to expand out of the genre and read Ken Follett, Sidney Sheldon, Jeffrey Archer, Victor Hugo, Franz Kafka and, of course, all fashion magazines. Michael loves the New York Times Book Review, the Scrabble dictionary in his continuing quest to beat Linda, and “graphic novels” such as From Hell involving the Jack the Ripper murders, of course! On a professional side, Linda has been influenced by Clarence Darrow, Michael by Dr. Seuss.

Q: Autopsy was really the first TV show to take on forensics. How do you feel about that now that shows like CSI, Crossing Jordan, and a host of others have made forensics a daily fixture on the airwaves? Why do you think people are so fascinated by forensics?
A: First, truly, imitation is the sincerest form of flattery. HBO’s Autopsy premiered in 1994 and we’re still going strong. The public is fascinated by forensic shows because they combine scientific puzzle-solving with real issues of life and death. The dead talk to us and try to tell us who dunnit. The reader wants to know what the dead say, what the autopsy tells us, how we interpret blood, hair and fibers. We’ve been to the moon, we can see the furthest reaches of space, but the biggest miracle of all is the human body. It speaks to us through its DNA, through its toxicology. We try to teach the viewer/reader how to listen and interpret clues. Forensics allows everyone to become actively involved in learning how to solve a mystery. It’s the ultimate reality show.

Q: Did any of the characters or plot lines in REMAINS SILENT grow out of real life cases either of you have worked on?
A: Yes. The characters and plot lines had their genesis in true cases. We hope, in the future, to supplement REMAINS SILENT with a non-fiction account of those cases. Each of those cases presented forensic, legal, moral and ethical issues that are involved in the plot lines. We have visited crime scenes together and we have examined many a bone together. We have collaborated with others in investigating the deaths of aboriginal natives in Australia. We have visited Gravesend, England to find the remains of Princess Pocahontas for possible return to her native America. There are several photos of some of our expeditions on this website.

Q: So, can you give us any hints about Jake and Manny’s future plans?
A: They’ll continue to work together and spar with each other in usual and provocative ways. Just wait until you get to book four! Meanwhile, Manny and Jake will be traveling the United States and the world including London, Singapore, Italy, South America and Africa using forensics and law to solve unsolved crimes. They hope to meet many readers along the way. Mycroft, our real dog-son, who helps solve the mystery in REMAINS SILENT, is so pumped up he is currently seeking his own agent for a series of children’s forensic books beginning with “Mycroft Solves a Mystery.”