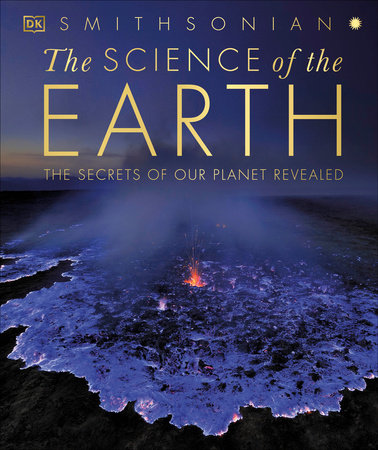 The Science of the Earth

The Secrets of Our Planet Revealed

By DK
Foreword by Chris Packham

By DK
Foreword by Chris Packham

About The Science of the Earth

This is an informative, visually arresting introduction to planet Earth. The core of the book features large, detailed photographs of single objects, many of them small enough to be held in one hand, that each speak volumes about an aspect of Earth’s environments and how they work. For example, bubbles of ancient air trapped inside an Antarctic ice core reveal how Earth’s climate has changed over time. A piece of pumice thrown several miles into the air by a volcano helps explain what happens when tectonic plates collide.

The book is structured around an imaginary journey that takes the reader from the inner core to Earth’s surface (including both land and oceans) and up to the top of the atmosphere. Taking in environments such as grasslands, forests, and reefs, the coverage includes both living and inanimate realms. Feature spreads each throw a spotlight on an iconic place, such as the Amazon Rainforest or the Dead Sea, or a particular process, such as glacial erosion.

Many of the most fascinating parts of the natural world are beyond reach. This beautiful, informative book brings them up close and within our grasp.

Looking for More Great Reads?
21 Books You’ve Been Meaning to Read
Download Hi Res
The Science of the Earth

The Science of the Earth