Tess of the d’Urbervilles Reader’s Guide 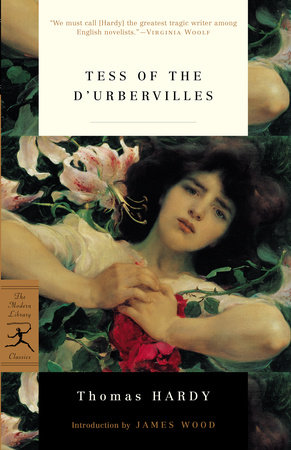 Tess of the d’Urbervilles Reader’s Guide

1. Why do you think Thomas Hardy chose the subtitle "A Pure Woman"? How does Hardy define "pure," and in what sense does Tess personify purity? Does Hardy idealize Tess? Is she a victim or does she participate in her own undoing?

2. Discuss the roles of Alec d’Urberville and Angel Clare in Tess’s life. Consider the ways in which Hardy describes them and how his choices influence the reader’s impressions of them.

3. What is the significance of the seven phases into which the book is divided? Tess of the d’Urbervilles was serialized in a newspaper before it was published. Do you think the divisions relate to the serialized breaks? What else might the junctures represent and what episodes do they separate? What is the meaning of Hardy’s use of the number seven?

4. In the course of the novel, Tess Durbeyfield becomes a d’Urberville. In what ways does Tess’s transformation from "field" to "ville"-and her move from a country farm to a mansion in a larger town-mimic the change in English agrarian life in the wake of the Industrial Revolution?

5. In Hardy’s hands, Tess and the landscape seem to have a reciprocal relationship. How does the landscape represent and reflect Tess’s outlook and her situation? How do Hardy’s descriptions of Tess mirror what is happening to the countryside from which she hails?

6. Before devoting himself to writing full-time, Hardy apprenticed with an architect and intended to become one himself. How do the principles of architecture inform the structural elements of the novel?

7. Thomas Hardy seems to work both within and without the traditions of the literature of his day. What are some of the hallmarks of the writing of the time? In what ways does he break with the styles and themes of many of his contemporaries?

8. Hardy once said that he refused to "[end] a story happily merely to suit conventional ideas." Indeed, his novel took an unconventional moral stance and shocked readers upon its publication. In what ways might Tess of the d’Urbervilles have been controversial? What were some of the mores that governed and epitomized the Victorian age?

Learn More About Tess of the d’Urbervilles
print