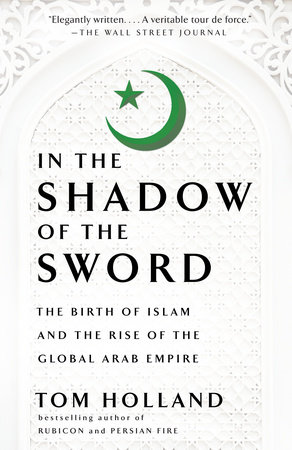 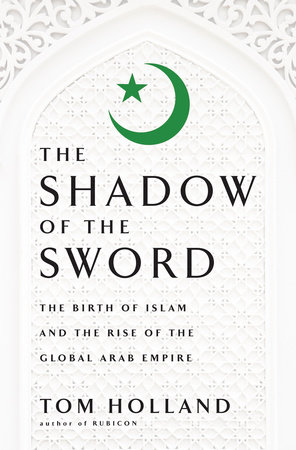 About In the Shadow of the Sword

A thrillingly panoramic and incredibly timely account of the rise of Islam, from the acclaimed author of Rubicon and Persian Fire.

The evolution of the Arab empire is one of the supreme narratives of ancient history, a story dazzlingly rich in drama, character, and achievement. In this exciting and sweeping history—the third in his trilogy of books on the ancient world—Holland describes how the Arabs emerged to carve out a stupefyingly vast dominion in a matter of decades, overcoming seemingly insuperable odds to create an imperial civilization aspects of which endure to the present day. With profound bearing on the most consequential events of our time, Holland ties the exciting story of Islam’s ascent to the crises and controversies of the present.

About In the Shadow of the Sword

The acclaimed author of Rubicon and other superb works of popular history now produces a thrillingly panoramic (and incredibly timely) account of the rise of Islam.

No less significant than the collapse of the Roman Republic or the Persian invasion of Greece, the evolution of the Arab empire is one of the supreme narratives of ancient history, a story dazzlingly rich in drama, character, and achievement.  Just like the Romans, the Arabs came from nowhere to carve out a stupefyingly vast dominion—except that they achieved their conquests not over the course of centuries as the Romans did but in a matter of decades. Just like the Greeks during the Persian wars, they overcame seemingly insuperable odds to emerge triumphant against the greatest empire of the day—not by standing on the defensive, however, but by hurling themselves against all who lay in their path. 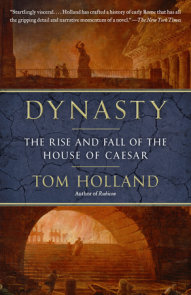 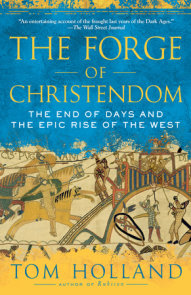 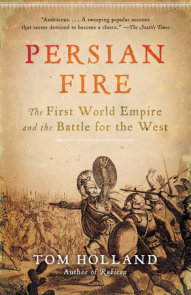 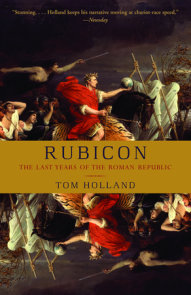 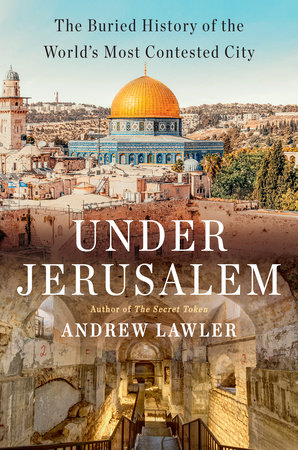 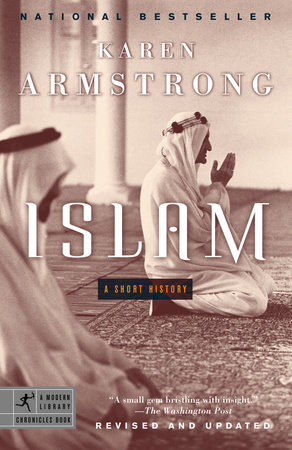 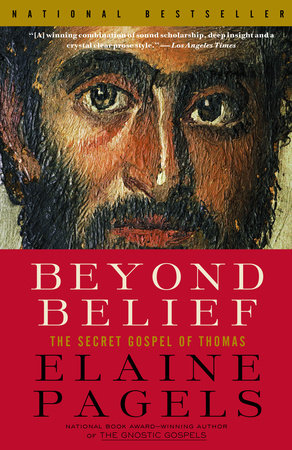 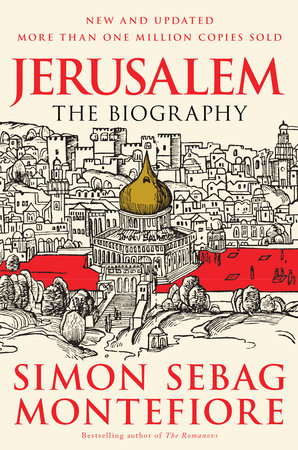 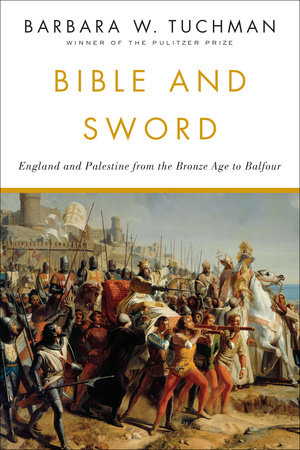 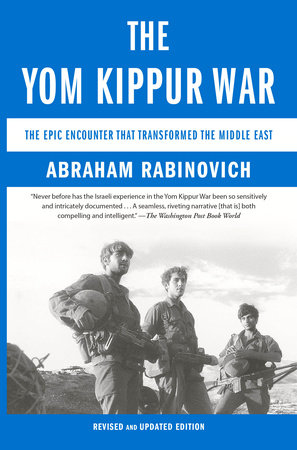 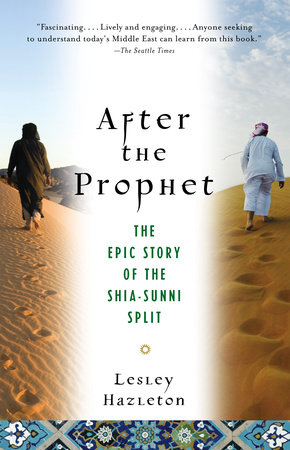 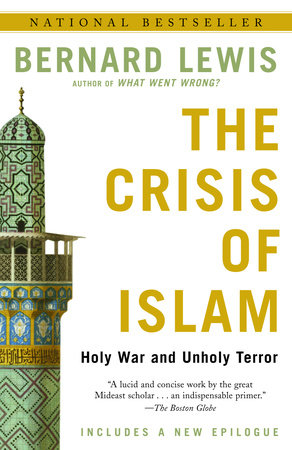 The Crisis of Islam 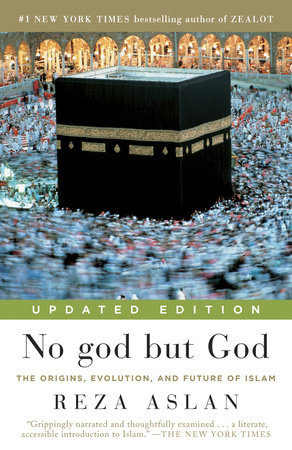 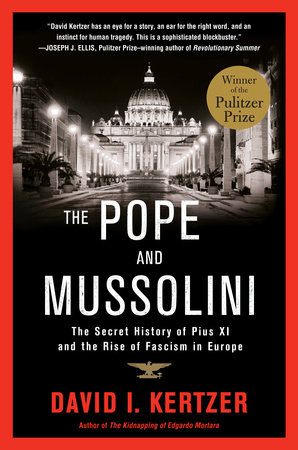 The Pope and Mussolini

Praise for Tom Holland’s In the Shadow of the Sword

“A brilliant tour de force of revisionist scholarship and thrilling storytelling with a bloodspattered cast of swashbuckling tyrants, nymphomaniacal empresses and visionary prophets. The book is unputdownable. . . . An important work based on respected scholarship. It takes courage and intellect to confront such complexity and sensitivity. Written with flamboyant elegance and energetic intensity.”
—The Times (London)

“Accessible but delightful . . . as fun to read as any thriller, and with far richer intellectual nutritional content. . . . Those unwilling to struggle through academic texts have long needed a guide to the story of Islam as it’s understood by those with the fullest access to the latest linguistic and archaeological evidence. Now at last in Tom Holland’s In the Shadow of the Sword, they finally have it. . . . Holland—author previously of Rubicon and Persian Fire—is about as exciting a stylist as we have writing history today.”
—The Daily Beast

“[Holland’s] prose is shot through with wit and empathy. The result is a portrait of a lost world that is complex, contradictory and populated by people in thrall to ideas future generations would dismiss as ridiculous. Much like our own, in other words.”
—Dallas Morning News

“[An] elegant study of the roiling era of internecine religious rivalry and epic strife that saw the nation of Islam rise and conquer. . . . Holland confronts questions in the Quranic text head-on, providing a substantive, fluid exegesis on the original documents. Smoothly composed history and fine scholarship.”
—Kirkus Reviews

“Tom Holland is a writer of clarity and expertise, who talks us through this unfamiliar and crowded territory with energy and some dry wit. . . . The emergence of Islam is a notoriously risky subject, so a confident historian who is able to explain where this great religion came from without illusion or dissimulation has us greatly in his debt.”
—The Spectator (London)

“This is a book of extraordinary richness. I found myself amused, diverted and enchanted by turn. For Tom Holland has an enviable gift for summoning up the colour, the individuals and animation of the past, without sacrificing factual integrity. He writes with a contagious conviction that history is not only a fascinating tale in itself but is a well-honed instrument with which we can understand our neighbours and our own times, maybe even ourselves. He is also a divertingly inventive writer with a wicked wit—there’s something of both Gibbon and Tom Wolfe in his writing. In the Shadow of the Sword remains a spell-bindingly brilliant multiple portrait of the triumph of monotheism in the ancient world.”
—The Independent (London)

“This is a handsome volume, tackling an important question from a novel perspective.”
—Sunday Telegraph (London)

“Holland tells a complex story, dotted with names and places leagues beyond the realm of popular recognition. Yet he makes it unmistakably his own. He is one of the most distinctive prose stylists writing history today, and he drags his tale by the ears, conjuring the half-vanished past with such gusto that characters and places fairly bound from the page. In the Shadow of the Sword may reach provocative conclusions, but it is also a work of impressive sensitivity and scholarship.”
—Telegraph (London)

“An exhilarating read because Holland succeeds in capturing much of the excitement, strangeness and importance of a long past age. It is difficult not to be bedazzled.”
—Financial Times (London)

“An ambitious and important book. . . . His excellent book will be lauded, as it should be for doing what the best sort of books can do—examining holy cows.”
—The Observer (London)

Looking for More Great Reads?
21 Books You’ve Been Meaning to Read
Download Hi Res
In the Shadow of the Sword