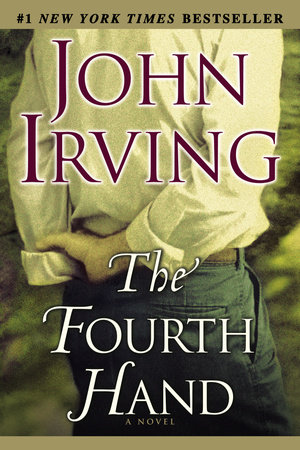 1. The novel is clearly critical of the kind of news media epitomized by the footage of Patrick Wallingford ’s accident and by the “calamity channel ”in general.And yet it doesn ’t renounce TV and modern media entirely.What kind of news coverage do you see the novel advocating?

2. How would you describe the narrator ’s tone and perspective?
Do you think the narrative voice has a journalistic quality?

3. What role does the circus play in the novel?Have you read any other John Irving novels in which circuses are involved? If so,how does Patrick Wallingford ’s experience with the Great Ganesh Circus –and his infamous encounter with the lion – compare to depictions of circus characters and themes in Irving ’s earlier work?

4. How did the novel ’s portrayal of transplant technology –both the personal dimensions and the philosophical differences represented by Dr.Zajac and the medical ethicists –affect your views on these kinds of medical procedures?

5. Hands –and Wallingford ’s “fourth hand ”in particular – represent many things in the novel.What does the hand-transplant ordeal seem to say about loss and absence?

6. What are the turning points in Patrick Wallingford ’s life? How would you describe his development as a character?

7. From Wallingford ’s reverie brought on by the cobalt-blue capsule in India to Otto Clausen ’s nightmarish vision in the beer truck,dreams play an important role in the novel.How would you articulate the connection between dreams and the future for these and other characters?Do you think “destiny” figures into this?

8. E.B.White ’s Charlotte ’s Web and Stuart Little and Michael On-daatje ’s The English Patient are all carefully read and iscussed by characters in the novel.How do these books function in The Fourth Hand ?What do their readings suggest about the relationship between literature and life?

9. Patrick Wallingford is not a devoted fan or watcher of sports events before he meets Doris and the Clausens.The Clausens are almost religious about their commitment to football and the Green Bay Packers.What does being a sports fan seem to represent in the novel?

10. After Wallingford ’s first meeting with Doris Clausen,he develops a new sense of how becoming –or not becoming –a mother affects a woman ’s life.What do you make of this new interest?How does it relate to Wallingford ’s perceptions of the book ’s female characters –Marilyn, Mary, Evelyn Arbuthnot, Sarah Williams, the airport security guard, and Doris Clausen?

12. The novel draws a sharp contrast between Patrick Wallingford ’s New York and the Clausens ’Green Bay,Wisconsin,homes and their lake house.What does the Midwest –and “heading north ”–seem to represent to Wallingford?

13. In what ways does this novel have elements of a fairy tale or fable?

14. Would you call The Fourth Hand a love story? Why or why not?

A Box of Matches

Who Will Run the Frog Hospital?

The Frangipani Hotel
Back to Top