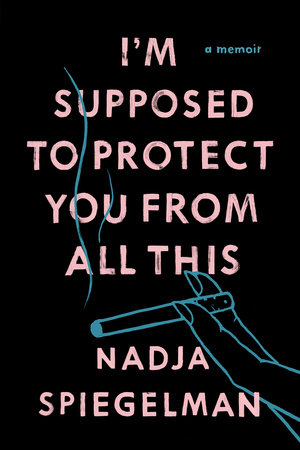 Editors get very passionate about books they work on – the Editor’s Desk series is his or her place to write in-depth about what makes a certain title special. Get the real inside-scoop on how books are shaped by the people who know them best. As Nadja Spiegelman describes early in her wonderful memoir, I’m Supposed to Protect You from All This, the book grew out of a series of conversations with her mother, Françoise Mouly. Throughout Nadja’s childhood, Françoise had steadfastly deflected questions about her past with “I’ll tell you when you’re older.” She kept her word. When Nadja emerged into adulthood, Françoise told her everything she could remember, not sparing herself the difficult emotions the recounting called up. Nadja would eventually cross the Atlantic to continue the conversation in France with her grandmother, adding Josée’s story and that of Josée’s mother to her ballooning research. For me, however, the book began in a different place, when Nadja was trying to wrestle a narrative out of this overwhelming, overlapping, contradictory array of stories – not to mention each figure’s conflicting interpretations and complicated responses. On her visits to New York, we’d meet for lunch, always somewhere quiet and with a large table, my apartment or the Korean place near my office, so that she could lay out her annotated transcripts and notes and the fantastically detailed storyboards she had assembled. 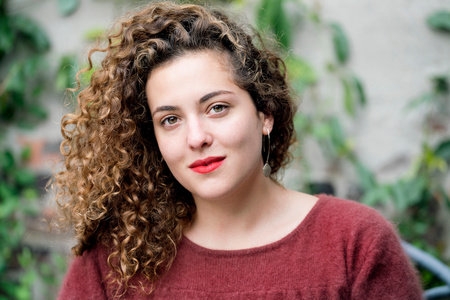 At moments like these, editors can feel a little like the Wizard of Oz, struggling to muster godlike pronouncements from behind a threadbare curtain of authority. I confess I wondered at moments if we were both lost. But as Nadja began to send me draft chapters, working her way through the material, it became clear to me that my author, young and wide-eyed as she was, had incredibly well-developed impulses as a writer. She knew where she was going, and she returned to the material, draft after draft, until she got it there. Like many writers, Nadja is a creature of the night, but she took that to extremes. Sometimes when we’d Skype, well into the evening for me – editors tend to be creatures of the night too, at least when it comes to editing – she’d still be up, working, when dawn was already breaking in Paris. Sometimes we continued our conversations the next morning, though at her age, the punishing hours she was keeping did not show. But they paid off. Gradually a gorgeous, intricate narrative emerged, one that mimicked the layering and warping of memory, to powerful effect. I have daughters of my own, a decade younger than Nadja – more or less the age Nadja was when her mother first told her her story. I came to the book not only as editor but as mother and daughter. I wondered about all the things I had never asked my mother about her past, or her mother’s. I was in awe of Francoise’s courage in revealing everything, and doubted that I would have the same. The book made me appreciate that we do not understand any adult until we see him or her as someone’s child. I loved getting to be part of its coming into the world. Listen to an interview with Nadja on the Beaks and Geeks podcast:
Back to Top