Real Men Knit is the perfect summer read. Four handsome brothers, one knitting shop, and the girl who can keep them together 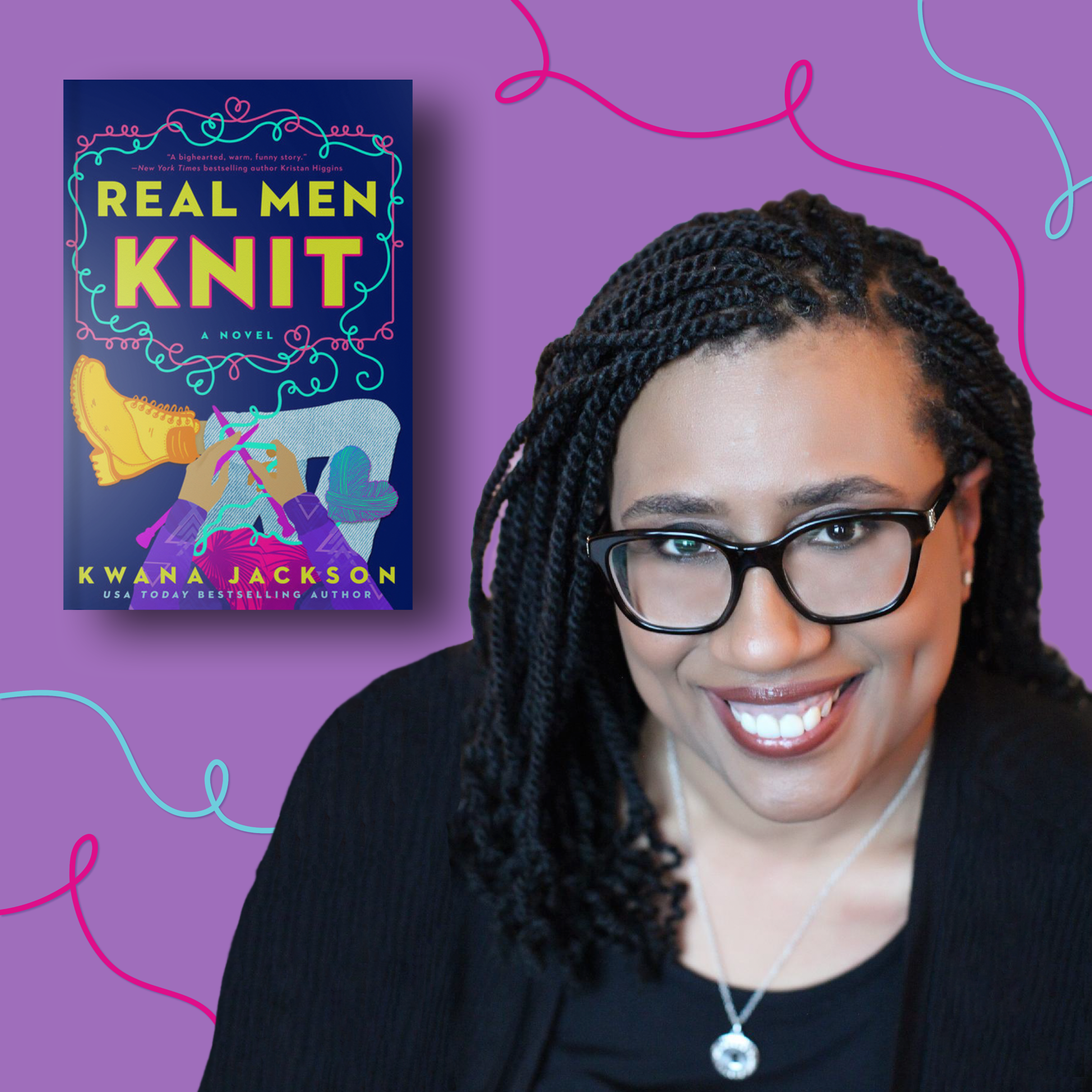 Kwana Jackson tells us all about her new romance, Real Men Knit, her #WeNeedDiverseRomance initiative, and why we need happy, soothing reads more than ever before.

Amy Brinker: I’m a little new to reading romances, but recently there have been so many great ones aimed at a younger audience.

Kwana Jackson: Packaging does mean a lot. There’s that cliché where they call romances bodice-rippers and things like that. But I feel romances are a very feminist thing to read. It’s the one genre that’s totally female-focused and it’s for women, by women mostly. It’s such a female-led genre and also controlled by women. The women are making the money there and leading the industry. I love that more young women are gravitating toward it and reading it. I learned a lot by being a young lover or romance, and you learn a lot about what you want and will accept in relationships, both emotionally and sexually. And what kind of treatment you will not accept.

AB: That’s something I appreciated about Kerry, your protagonist. She’s shy and unassuming but she doesn’t put up with any nonsense. This book is uncompromising in terms of what’s good for the woman. The romance never, ever takes away from away competent and resolute she is. Can you tell me how you developed her?

KJ: Thank you, yes. I just sort of knew Kerry. I knew I wanted to have this foil in the house with the brothers and I knew that she would have to be strong. But she wouldn’t be the sort of brash know-it-all. Kerry is maybe a little bit of myself in certain ways. I am the oldest and I feel like I’m my brothers’ keeper in some ways. So Kerry is a little bit of that, she’s also always wondering if she’s doing right by her, if she’s doing right by the brothers.

KJ: The strong Black woman stereotype has always bugged me. I cannot stand that. You know? Growing up and hearing it for years — I feel like that’s just something that’s been put on us as Black women to take away our vulnerability. it’s like you always have to be strong. You have to be tough. You cannot cry. It’s, like, well, why not? Why do we have to cry in secret? Why do we have to show these feelings in secret?  It’s like that saying, “never let them see you sweat.”  But we’re sweating. We’re falling out here. We’re tired.

Readers need stories where they know it’s going to all be okay in the end.

AB: That’s part of your work you’ve done with #weneeddiverseromance.

KJ: The inequality in romance has been just so blatant with all authors of color — especially with Black authors, and it’s still going. You see the separate shelving we’ve had for years, separate lines. I called it economic disenfranchisement. It’s just–it’s a whole host of things. You know, my grandmother was a huge influence on the book and she was the first person who I stole romances from. She was a big romance reader. So when she passed away and there was talk about #weneeddiversebooks, I just sort of hashtagged, in honor of my grandmother, we need diverse romance. Then so many people started tweeting that and joining in, and this was four–maybe five years ago now. It just turned into a huge thing. It’s fantastic that it’s happening now but it still breaks my heart and it angers me so much. It just shows what systematic racism over the years will do. This falls on not just one year of segregation and marketing and things like that, but year after year after year of this. We’re in 2020 and we’re having to make this noise. Growing up as kid in the eighties, I thought in 2020 I’d be riding around in a space car! I should not have to be tweeting #weneeddiverseromance and fighting for shelf space.

AB: Well, you’re doing so much by lifting up diverse authors and fighting for shelf space in stores. And right now, especially, romances are a real escape for people.

KJ: I just turned in my manuscript for the next book, and it was the hardest for me to write because it was during the pandemic. But my writer friends are talking to each other and saying how we have to stick with it. The work is very important right now because so many people are having a hard time. When you get romance, you know you’re going to get a happy ending. Readers need stories where they know it’s going to all be okay in the end. When somebody says, “this helped during this time” or “this was the escape I needed,” that’s just the most wonderful thing. 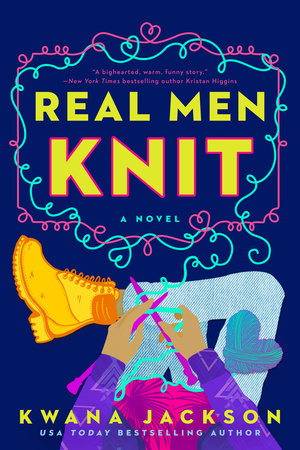 Features
Spotlight on Word Up Community Bookshop
An Inside Look: Black Futures 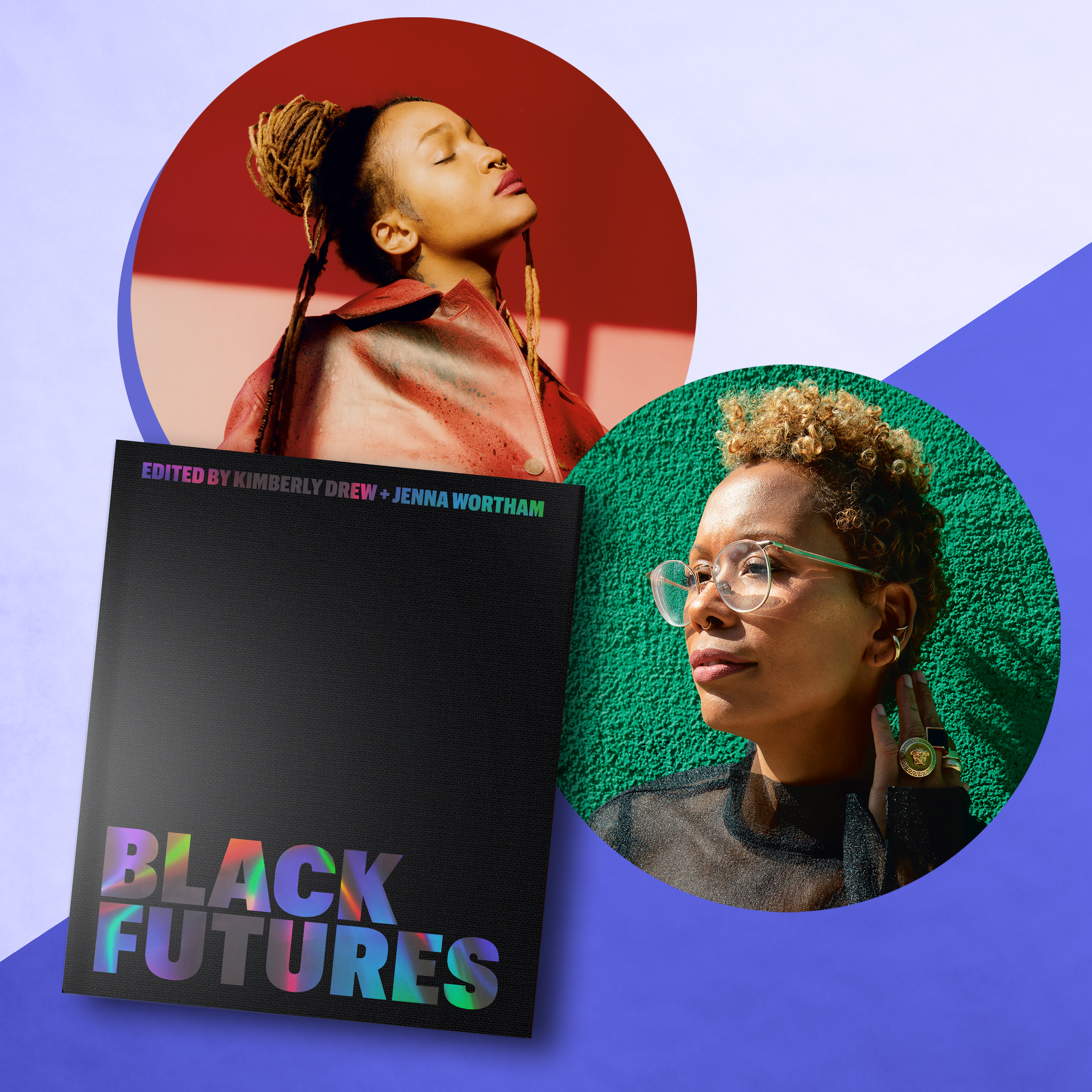 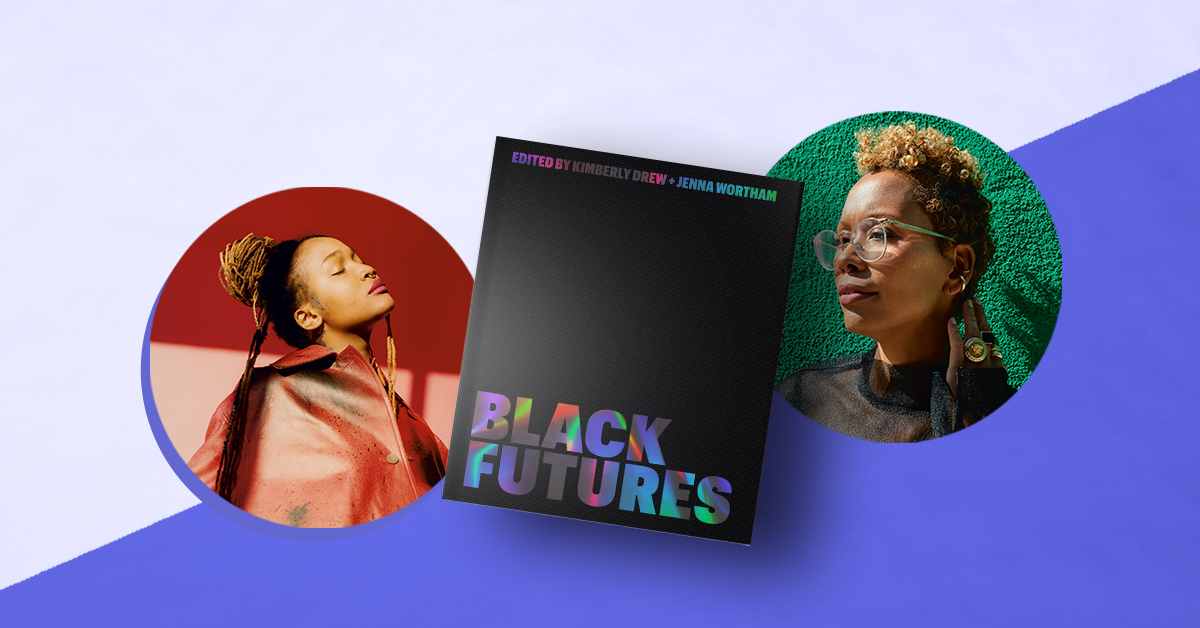 Recommendations
Holiday Picks From a Few of Our Favorite Influencers 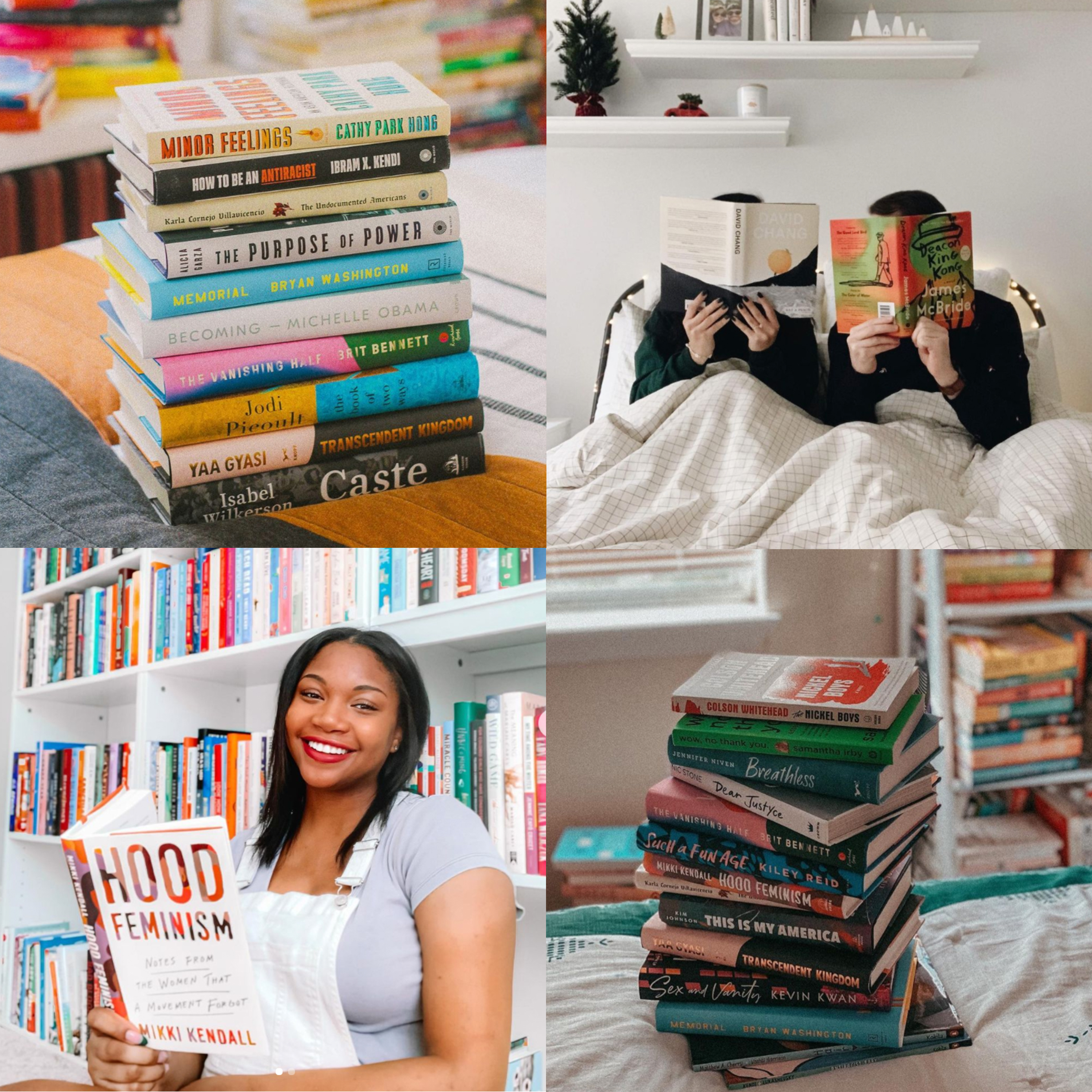 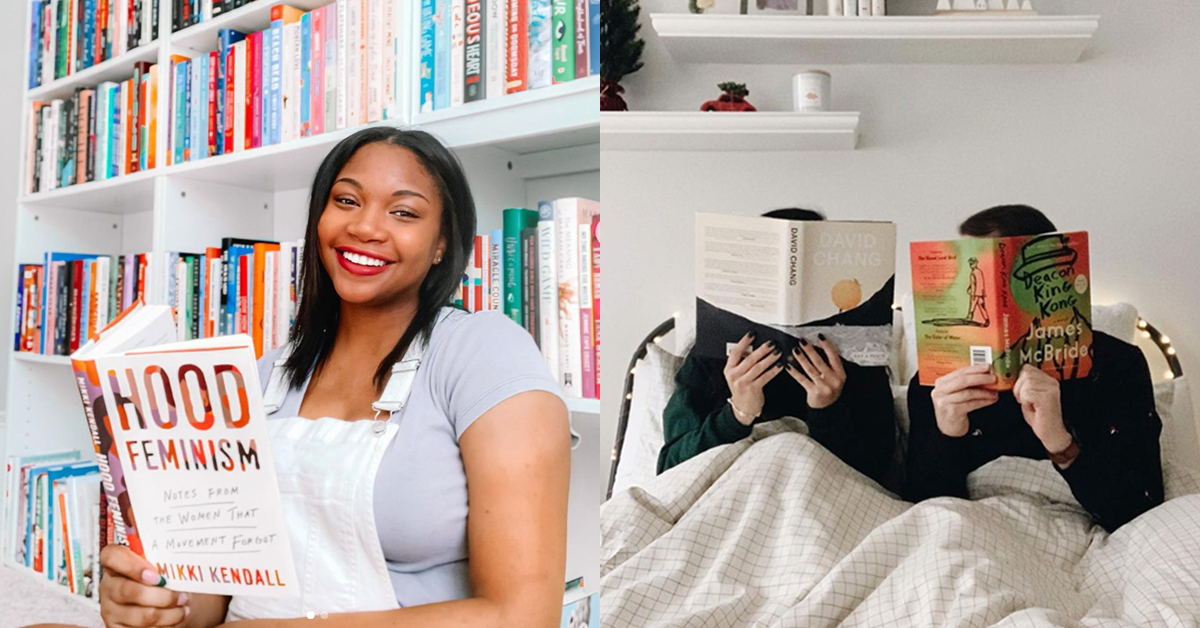 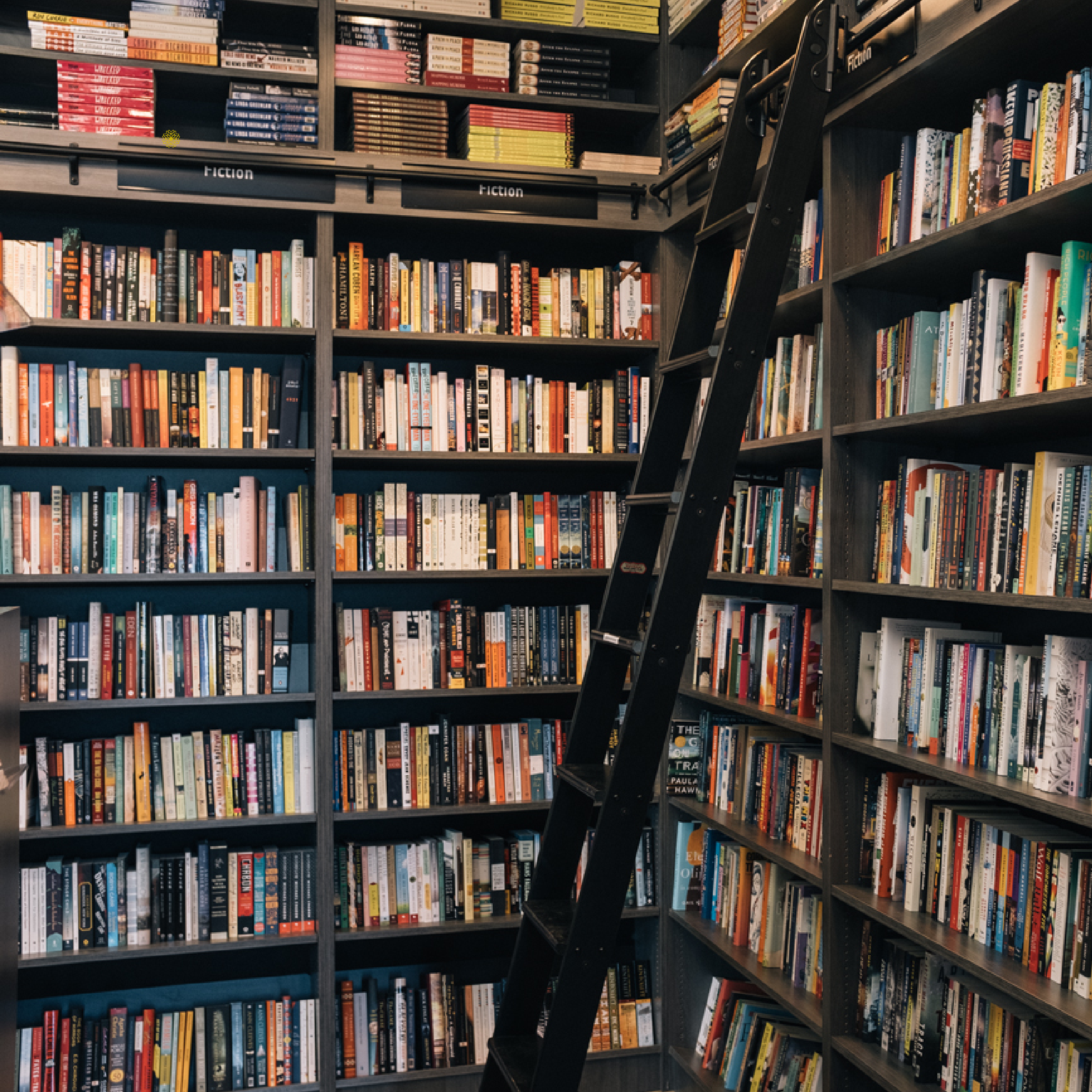 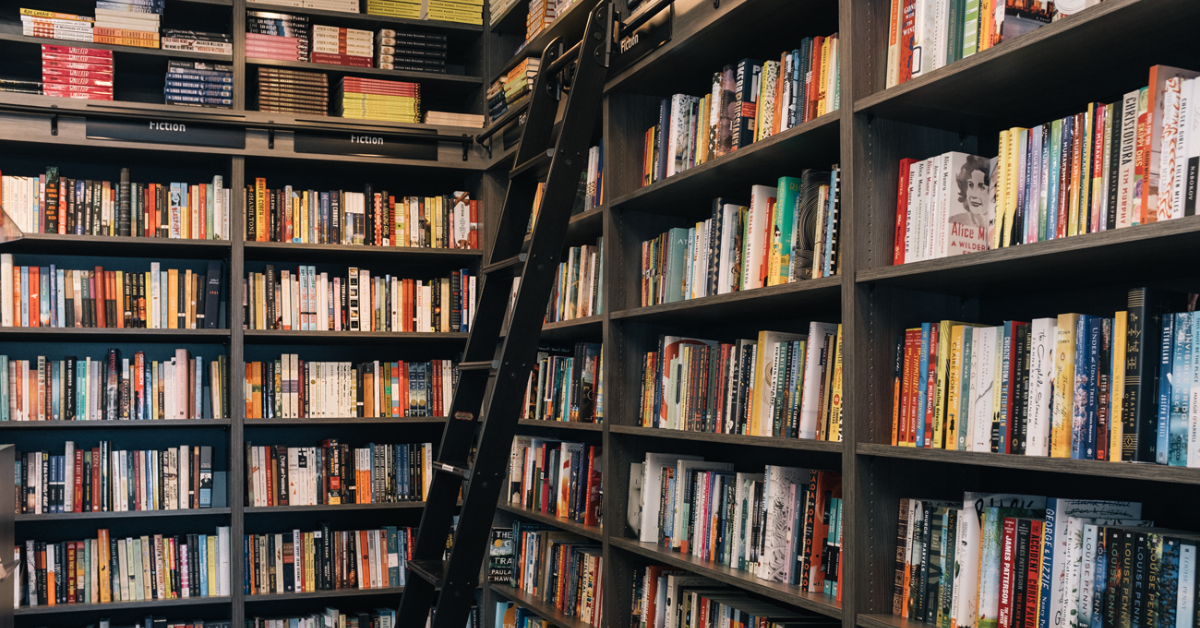 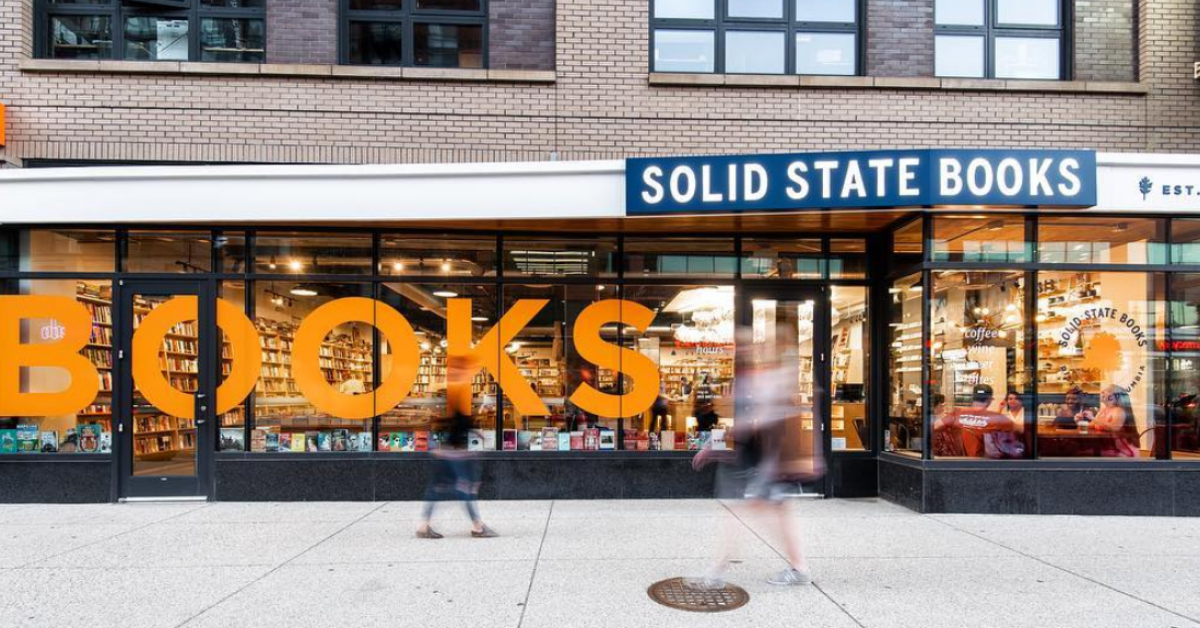 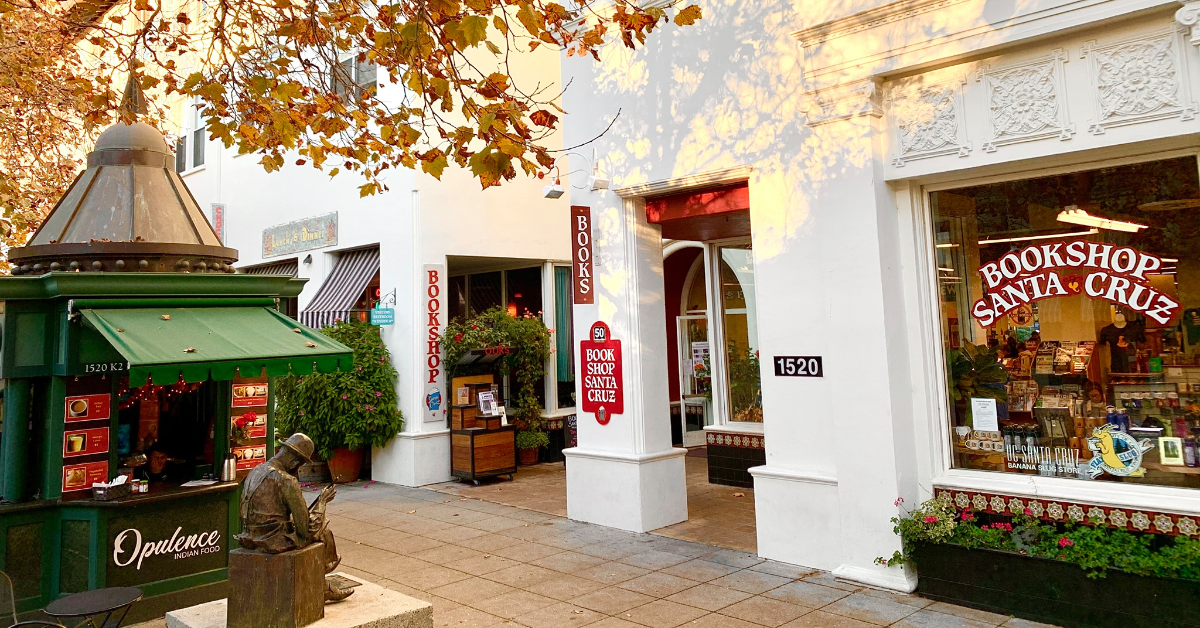