Read an excerpt of The Archer, coming soon in November 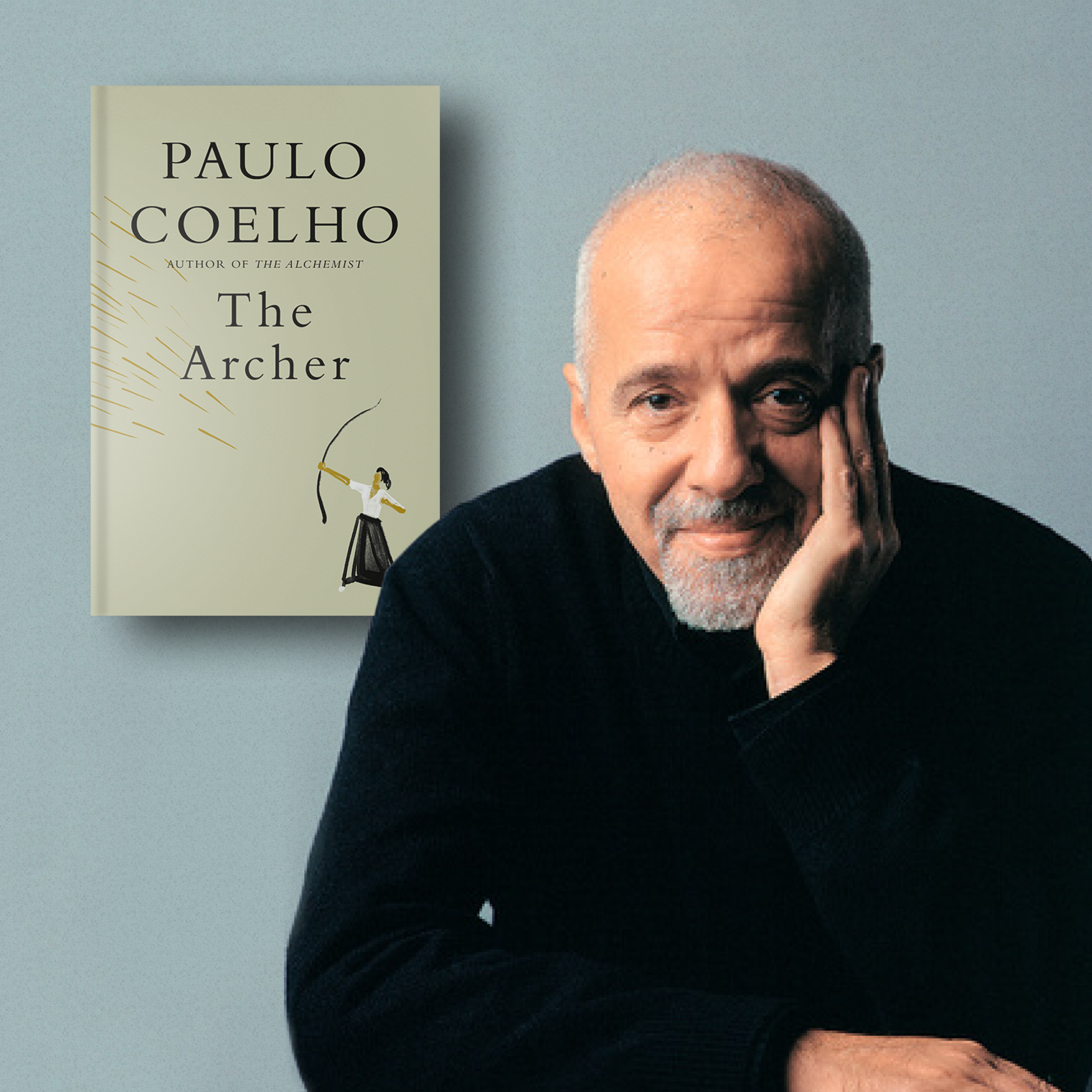 From Paulo Coelho, the bestselling author of The Alchemist, comes an inspiring story about a young man seeking wisdom from an elder, and the practical lessons imparted along the way. Discover an excerpt below of The Archer.

The boy looked at the stranger, startled.

“No one in this city has ever seen Tetsuya holding a bow,” he replied. “Everyone here knows him as a carpenter.”

“Maybe he gave up, maybe he lost his courage, that doesn’t matter to me,” insisted the stranger. “But he cannot be considered to be the best archer in the country if he has abandoned his art. That’s why I’ve been traveling all these days, in order to challenge him and put an end to a reputation he no longer deserves.”

The boy saw there was no point in arguing; it was best to take the man to the carpenter’s shop so that he could see with his own eyes that he was mistaken.

Tetsuya was in the workshop at the back of his house. He turned to see who had come in, but his smile froze when his eyes fell on the long bag that the stranger was carrying.

“It’s exactly what you think it is,” said the new arrival. “I did not come here to humiliate or to provoke the man who has become a legend. I would simply like to prove that, after all my years of practice, I have managed to reach perfection.”

Tetsuya made as if to resume his work: he was just putting the legs on a table.

“A man who served as an example for a whole generation cannot just disappear as you did,” the stranger went on. “I followed your teachings, I tried to respect the way of the bow, and I deserve to have you watch me shoot. If you do this, I will go away and I will never tell anyone where to find the greatest of all masters.”

The stranger drew from his bag a long bow made from varnished bamboo, with the grip slightly below center. He bowed to Tetsuya, went out into the garden, and bowed again toward a particular place. Then he took out an arrow fletched with eagle feathers, stood with his legs firmly planted on the ground, so as to have a solid base for shooting, and with one hand brought the bow in front of his face, while with the other he positioned the arrow.

The boy watched with a mixture of glee and amazement. Tetsuya had now stopped working and was observing the stranger with some curiosity.

With the arrow fixed to the bowstring, the stranger raised the bow so that it was level with the middle of his chest. He lifted it above his head and, as he slowly lowered his hands again, began to draw the string back.

By the time the arrow was level with his face, the bow was fully drawn. For a moment that seemed to last an eternity, archer and bow remained utterly still. The boy was looking at the place where the arrow was pointing, but could see nothing.

Suddenly, the hand on the string opened, the hand was pushed backward, the bow in the other hand described a graceful arc, and the arrow disappeared from view only to reappear in the distance.

“Go and fetch it,” said Tetsuya.

The boy returned with the arrow: it had pierced a cherry, which he found on the ground, forty meters away.

Tetsuya bowed to the archer, went to a corner of his workshop, and picked up what looked like a slender piece of wood, delicately curved, wrapped in a long strip of leather. He slowly unwound the leather and revealed a bow similar to the stranger’s, except that it appeared to have seen far more use.

“I have no arrows, so I’ll need to use one of yours. I will do as you ask, but you will have to keep the promise you made, never to reveal the name of the village where I live. If anyone asks you about me, say that you went to the ends of the earth trying to find me and eventually learned that I had been bitten by a snake and had died two days later.”

“We should never judge people without first learning to hear and to respect them.”

The stranger nodded and offered him one of his arrows.

Resting one end of the long bamboo bow against the wall and pressing down hard, Tetsuya strung the bow. Then, without a word, he set off toward the mountains. The stranger and the boy went with him. They walked for an hour, until they reached a large crevice between two rocks through which flowed a rushing river, which could be crossed only by means of a fraying rope bridge almost on the point of collapse.

Quite calmly, Tetsuya walked to the middle of the bridge, which swayed ominously; he bowed to something on the other side, loaded the bow just as the stranger had done, lifted it up, brought it back level with his chest, and fired.

The boy and the stranger saw that a ripe peach, about twenty meters away, had been pierced by the arrow.

“You pierced a cherry, I pierced a peach,” said Tetsuya, returning to the safety of the bank. “The cherry is smaller. You hit your target from a distance of forty meters, mine was half that. You should, therefore, be able to repeat what I have just done. Stand there in the middle of the bridge and do as I did.”

Terrified, the stranger made his way to the middle of the dilapidated bridge, transfixed by the sheer drop below his feet. He performed the same ritual gestures and shot at the peach tree, but the arrow sailed past.

When he returned to the bank, he was deathly pale. “You have skill, dignity, and posture,” said Tetsuya. “You have a good grasp of technique and you have mastered the bow, but you have not mastered your mind. You know how to shoot when all the circumstances are favorable, but if you are on dangerous ground, you cannot hit the target. The archer cannot always choose the battlefield, so start your training again and be prepared for unfavorable situations. Continue in the way of the bow, for it is a whole life’s journey, but remember that a good, accurate shot is very different from one made with peace in your soul.”

The stranger made another deep bow, replaced his bow and his arrows in the long bag he carried over his shoulder, and left.

On the way back, the boy was exultant.

“You showed him, Tetsuya! You really are the best!”

“We should never judge people without first learning to hear and to respect them. The stranger was a good man; he did not humiliate me or try to prove he was better than I am, even though he may have given that impression. He wanted to show off his art and to have it recognized, even though it may have appeared that he was challenging me. Besides, having to confront unexpected trials is part of the way of the bow, and that was precisely what the stranger allowed me to do today.”

“He said that you were the best, and I didn’t even know you were a master archer. So why do you work as a carpenter?”

“Because the way of the bow serves for everything, and my dream was to work with wood. Besides, an archer who follows the way does not need a bow or an arrow or a target.”

“Nothing interesting ever happens in this village, and now suddenly here I am, face-to-face with the master of an art that no one even cares about anymore,” said the boy, his eyes shining. “What is the way of the bow? Can you teach me?”

“Teaching it isn’t hard. I could do that in less than an hour, while we’re walking back to the village. The difficult thing is to practice it every day, until you achieve the necessary precision.”

The boy’s eyes seemed to be begging him to say yes. Tetsuya walked in silence for nearly fifteen minutes, and when he spoke again, his voice sounded younger:

“Today I am contented. I did honor to the man who, many years ago, saved my life, and, because of that, I will teach you all the necessary rules, but I can do no more than that. If you understand what I tell you, you can use those teachings as you wish. Now, a few minutes ago, you called me master. What is a master? I would say that he is not someone who teaches something, but someone who inspires the student to do his best to discover a knowledge he already has in his soul.”

And as they came down the mountain, Tetsuya explained the way of the bow.

Excerpted from The Archer by Paulo Coelho. Copyright © 2020 by Paulo Coelho. All rights reserved. No part of this excerpt may be reproduced or reprinted without permission in writing from the publisher.

Learn more about The Archer below and discover more books by Paulo Coelho here. 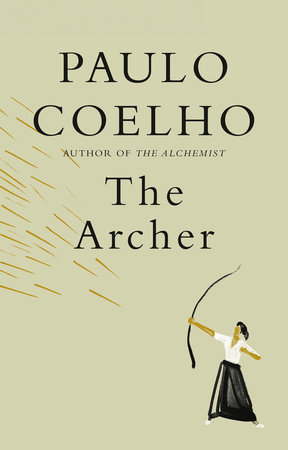 Add to Bookshelf
The Archer
By Paulo Coelho
Hardcover $ 21.00
Also available from:
Buy
More to Explore
Back to Top