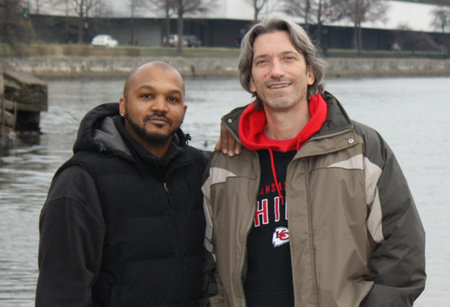 JOHN PRENDERGAST is a human rights activist and author. He is cofounder of the Enough Project (enoughproject.org), an initiative to end genocide and crimes against humanity. Working for the Clinton administration, he was directly involved in a number of peace processes in Africa. John helped create the Satellite Sentinel Project and coauthored the
bestselling Not on Our Watch and The Enough Moment with Don Cheadle. He traveled to Africa with 60 Minutes for four different episodes. He has been a Big Brother since 1983.

MICHAEL MATTOCKS lived in homeless shelters as a child and began dealing drugs as a teenager. He is now a husband and father of five boys, working two jobs in order to support his family. He helps coach his sons’ football teams.