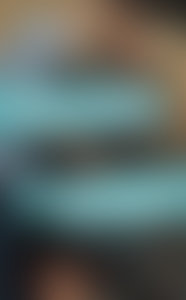 Shiloh Walker is the national bestselling author of many novels, including Hunting the Hunter, Hunter’s Salvation, and Hunters: Heart and Soul.

A Letter from Lee Ross, heroine of Through the Veil

My name is Lee. I’m a graphic artist. I’m a fairly normal woman-mostly. I have a job, a home, bills to pay, friends-basically, just your normal life. Except I don’t sleep very well. And when I do sleep, I wake up with these God-awful bruises. It’s like somebody beats me while I sleep. Don’t ask me why. I can’t give you an answer.

After all, no doctor has ever been able to give me one. They tell me that I do it to myself while I sleep, but the one time they tried to do a sleep study on me, I didn’t move the whole night…well, I did-no, sorry. Forget I said that. I don’t want to talk about that.

I don’t want to talk about my sleeping problems at all.

I guess I could talk about him—this guy. He’s my other problem. That fact that he isn’t even real, well, that’s probably a sign of a deeper problem. Therapy. I’m telling you, what I need is lots and lots of therapy.

This guy, he shows up in my work constantly. He’s not real, though. He’s nothing more than a figment of my imagination, caused by too many restless nights and too much loneliness. I’ve never seen anybody like him-never met anybody like him. His face haunts me. When I look at him, I feel like…no. You’re going to think I’m crazy.

Hell. What does it matter? I think I’m crazy. When I look at his face, I feel something. Like he’s calling me. Like he needs me.

So tell me, how crazy is that?

Hope you sleep better than I do—