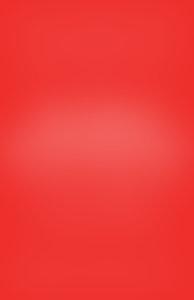 George Stevens, Jr., is a writer, director, producer, and founder of the American Film Institute. He is the author of the acclaimed play Thurgood, which ran on Broadway and was filmed for HBO. In 2013 he received an Honorary Academy Award from the Motion Picture Academy. He has received fifteen Emmys, two Peabody Awards, the Humanitas Prize, and eight Writers Guild Awards for his productions, including the annual Kennedy Center Honors, Separate but Equal, The Murder of Mary Phagan, and We Are One: The Obama Inaugural Celebration at the Lincoln Memorial. His production The Thin Red Line was nominated for seven Academy Awards, including Best Picture. In 2009 President Obama named him co-chairman of the President’s Committee on the Arts and Humanities. Stevens started out working with his father, George Stevens, on Shane, Giant, and The Diary of Anne Frank and in 1962 was named head of the United States Information Agency’s motion picture division by Edward R. Murrow. He lives in Washington, D.C.

Sign me up for news about George Stevens, Jr. and more from Penguin Random House