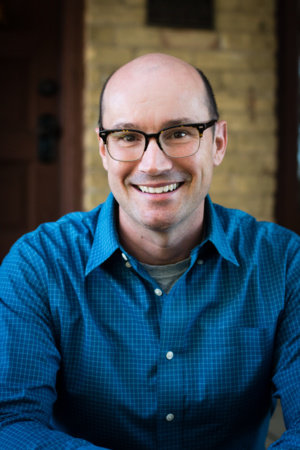 I sort of shrug and try to change the subject, but for some reason they won’t let it go.

“No, really,” they say. “We sincerely and frequently want to know!”  At this point, I reach into my backpack and hand them a little pamphlet. This is what it says:

1. Where are you from?
I grew up in the middle of the woods near Cunot, Indiana. I had dogs, ducks, chickens, sisters and a baby brother. (Hi, Nate!) We played in the woods all the time, which is pretty great when you think about it.

2. Were you a nerdy kid?
No way.  Everyone in school gave me the respect that a level 12 Paladin (with +4  Boots of Dexterity) deserves.

3. How did you wind up becoming a writer-slash-illustrator?
In grade school, I spent most of my leisure time drawing comics. Around fifth grade or so, I created my masterpiece: a comic called “Star Quack.”  It was an epic story about a duck and robot who tried to explore the universe but always wound up getting attacked by intergalactic space monsters. (Write what you know.)

I went on to draw cartoons for my high school and college newspapers. (I recommend becoming a staff artist for a school paper – they have lots of space to fill and will accept anything you submit. Even if it’s a weekly comic strip titled “Death By Bear Attack.”)

Then, like a lot of people in their early 20s, I started to experiment with graphic design. At first it was just once or twice a month – a logo here, a T-shirt there.  But pretty soon I was designing newspaper pages, laying out posters, and editing photos almost every day.  I even learned what “kerning” was.

This led to internships and jobs at a bunch of newspapers and Web sites, which in turn led to my becoming a full-time illustrator.  Slash-writer.


4. Do you think that really what it all boils down to is that you just have to keep at it?  In other words, once you stop writing, then it’s really hard to start again? And that the same goes for drawing?  Or even playing the saxophone?  Oh, and also that the more you create, the easier it is to create the next thing, be it writing a story or drawing a picture or sculpting a national park out of mashed potatoes or anything, really?


5. Finally, do you have four helpful tips for people who want to become writers-slash-illustrators?

Of course! Here you go.

1) Take all your notes on legal paper.  The size of the paper doesn’t matter, just as long as you’ve obtained it without breaking the law.

2) Do all your sketches with a fancy pen. This will impress everyone in the coffee shop, even if your artwork is just so-so. I prefer the Finial-Weatherford broad point fountain pen, with a no. 3 ox-tooth nib, enamel-plated quills, and two eyes made out of coal.

3) Make sure your computer is up to date.  (Rule of thumb: a good writing computer should weigh at least seven pounds.  Twice that if you’re planning to write a teenage vampire romance.)

4) Stuck on the ending? Try adverbs! Adverbs are a great way to end any story. Seriously.

Arfy and the Stinky Smell

Is This Your Class Pet?

Can I Be Your Dog?

I Found a Kitty!

Those Are Not My Underpants!