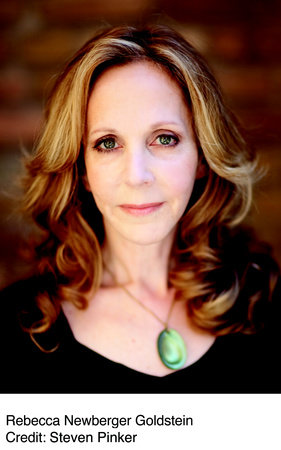 Rebecca Newberger Goldstein received her doctorate in philosophy from Princeton University. Her award-winning books include the novels The Mind-Body Problem, Properties of Light, 36 Arguments for the Existence of God: A Work of Fiction, and nonfiction studies of Kurt Gödel and Baruch Spinoza. Her most recent work, Plato at the Googleplex, was released by Pantheon Books in March of 2014. She has received a MacArthur Foundation Fellowship, has been designated a Humanist of the Year and a Freethought Heroine, and is a fellow of the American Academy of Arts and Sciences. She lives in Massachusetts. Rebecca Goldstein is represented by Penguin Random House Speakers Bureau (prhspeakers.com).

36 Arguments for the Existence of God