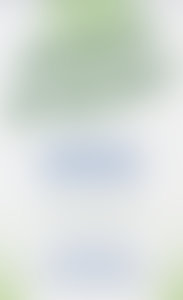 Roger Granet, M.D., F.A.P.A., has practiced psychiatry for twenty years, focusing much of his work on mood and anxiety disorders. He is clinical professor of psychiatry at Weill Medical College of Cornell University, lecturer in psychiatry at Columbia University College of Physicians and Surgeons, consulting psychiatrist at Memorial Sloan-Kettering Cancer Center, attending psychiatrist at New York Presbyterian Hospital-Cornell Division, and director of consultation-liaison psychiatry at Morristown Memorial Hospital. The author of numerous medical journal articles and textbook chapters and series editor for the Dell Mental Health Guides, Dr. Granet has also written essays in The New York Times, two collections of poetry, and four popular books on psychiatry: Why Am I Up, Why Am I Down?: Understanding Bipolar Disorder; If You Think You Have Panic Disorder; If You Think You Have Depression; and Is It Alzheimer’s? Dr. Granet is married, with two children. He maintains a private practice in Morristown, New Jersey.

Elizabeth Ferber is a graduate of Barnard College and has a master’s degree from New York University. She is an award-winning author of eight previous books including May the Circle Be Unbroken, The Vegetarian Life, and Diabetes. As a journalist, she has written dozens of articles for a variety of national publications including The New York Times, The Washington Post, and New York magazine.