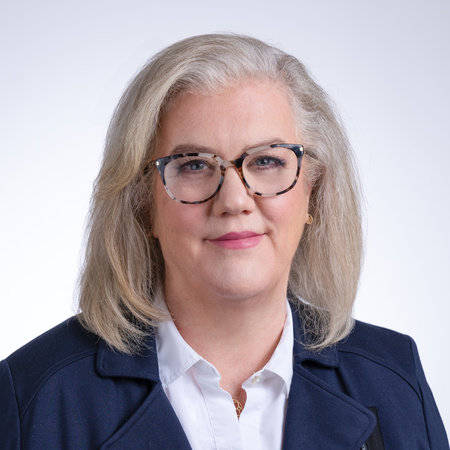 Elizabeth Letts is the #1 New York Times bestselling author of The Eighty-Dollar Champion and The Perfect Horse, which won the PEN Center USA Literary Award for research nonfiction, as well as two previous novels, Quality of Care and Family Planning. She lives in Southern California.

Elizabeth Letts, author of the bestselling The Eighty-Dollar Champion, is back with another equine adventure in the form of The Perfect Horse. Her latest book is the true story of the daring rescue of the famous Lipizzaner stallions during World War II. Thanks to the bravery and teamwork of an Austrian Olympian and U.S. General George Patton, the pedigree horses, in danger of extinction at the hands of the Third Reich, made it through the war, and their descendants continue to dance today. A former competitive equestrian rider herself, Elizabeth Letts joined us to chat about that fateful rescue mission, the Olympics, and her research and writing processes.

PENGUIN RANDOM HOUSE: You open The Perfect Horse with the 1936 Berlin Olympics. In what ways did the Olympics serve as a microcosm of the tensions that were unfolding internationally at the time? Do you think international politics will pervade this year’s Olympic Games in Rio as well?

ELIZABETH LETTS: It was eerie to re-create the atmosphere at the 1936 Olympics. In retrospect, we think of them as the Nazi Olympics, but at the time, people gathered in Berlin hoping that a world of gathering tensions would remain at peace. In modern times, the Olympics Games are a civilian event, but this was not always the case. Baron de Coubertin, founder of the modern Olympics, believed that the Olympic Games would strengthen the body, the will, and the mind, and promote the values of universality and fair play, but he had in mind the skills and values of the ideal soldier. De Coubertin invented the modern pentathlon – the sport that U.S. Cavalry Officer George Patton competed in in 1912 – specifically to test the skills required of a “modern” soldier.

It’s hard to imagine now, but before World War II, a country’s horses were considered a significant military asset. A nation’s prowess at horsemanship was an indicator of their military might. In Berlin, the world’s top military horsemen competed in the Nation’s Cup, just prior to the closing ceremonies, with Hitler himself in the stands. The stakes could not have been higher. As I imagined the gleaming purebred horses and uniformed officers competing in arenas festooned with crimson Nazi banners, I felt a chill. The equestrian competitions seemed like a dress-rehearsal for the coming war. Not surprisingly, the 1936 equestrian events have remained controversial: The Germans swept all equestrian team and individual gold medals, a feat never repeated before or since. I’d say that in the present, while the Olympics are perhaps more politicized, they are not enmeshed with the military as they were in 1936.

PRH: In The Perfect Horse, you recount the story of Austrian Olympian Alois Podhajsky joining forces with U.S. General George Patton during WWII for the sake of the famous Lipizzaner stallions. The care that these men had for their horses transcended the strife of war. What do you think they were feeling as they defied orders and alliances for the sake of these horses?

EL: I’ve read some critiques in the past suggesting that using Army resources to rescue purebred horses was a questionable decision, given the incredibly pressing humanitarian needs in the last days of the war, and so as I set out to write this book, I wanted to answer that question for myself – why did they decide to do this, and was it the right thing to do?

What I discovered was that these men’s deep affinity for horses was the key to the entire tale. These were men who had nursed childhood dreams of joining the cavalry. Several served in mounted units in World War I, and all had been steeped in the cavalry’s unmistakable code of honor – a firm creed that said that an officer must first look after his horses and only second, take care of himself. On the American side, the individual commanders had a considerable amount of leeway to make individual decisions – including the decision to try to save the horses, but on the German side, the men were directly courting treason in an environment where people were being summarily shot for much less. I ended up feeling that the men’s shared code of honor toward horses was what ultimately allowed them to see their common interest even during such a brutal war.

PRH: Why do you think the relationship between human beings and horses has always been so poignant?

EL: The progress of humans is inseparable from horses – they carried us through our migrations, provided power to harvest our fields and build our cities, and for several thousand years they were central to our ability to defend ourselves and our communities. You don’t have to look back too far, just to the first half of the twentieth century, to see how many men lived their lives steeped in the lore and love of horses. Now, we often think of being horse-crazy as a stage for adolescent girls – but until recently the bonds between men and horses were deep and powerful, and it’s not surprising. There is an adage that says “mankind was built on the back of a horse,” and I think that is a fair statement.

PRH: The Perfect Horse is a historical book, but it often reads like an adventure story. How did you balance attention to historical accuracy with attention to narrative?

EL: Before I started writing narrative history, I wrote several novels, and I’ve learned that narrative history is much harder. To keep a reader’s interest, you need a dramatic story arc. In fiction, you can just invent it. In history, you take the opposite approach, sifting through vast mountains of information, and then winnowing until you have found the elements that make for a dramatic story. There is always much more material than will fit in a single book. As I meandered through my research I found all kinds of wonderful side stories that didn’t make the final cut. The most difficult part of writing history is that sometimes, in spite of intensive research, you can’t be one hundred percent sure what happened – for example, when you have two first-person accounts, told by individuals who were both present at the same event, and some aspects of their stories are contradictory. This is when you put on your sleuthing hat and you try to decide which seems the most plausible given everything else you know. I can say myself that I agonize over these decisions, and that a desire to be accurate hangs over every sentence I write and every fact that I check and recheck.

PRH: What sources did you find most valuable while conducting your research for The Perfect Horse?

EL: This was not an easy story to research for the simple reason that each of the groups of players, Austrian, German, Czechoslovakian, Polish, and American, had their own version of the story, but no one had ever tried to tell the story from all sides. So I set off on a quest to find family members of people involved in the events and to piece together the story. I ended up with personal accounts, letters, photographs, old family stories, as well as published interviews and contemporary media accounts. I also spent a lot of time digging through the National Archives, looking at Army documents. These were especially helpful in piecing together what happened to the horses after their initial rescue.

PRH: Can you speak to the debates that arose during the war between those who sought to utilize eugenics to build an equine master race from the Lipizzaner, and those who believed it was the horses’ unparalleled upbringing at the Spanish Riding School that afforded the horses their brilliance?

EL: How did a group of horse breeders get wrapped up in one of Nazi Germany’s most heinous philosophies: eugenics? This was a question that puzzled me. But the link was much closer than I first realized. Long before the scientific underpinnings of genetic inheritance were fully understood, animal breeders used trial and error to improve their livestock. In particular, the breeders of sport horses had seen how judicious breeding could make a horse not just bigger, faster, and stronger, but also, imbued with less easily measured qualities, such as courage and heart.  In the late nineteenth and early twentieth centuries, the idea of applying the concepts behind horse-breeding to humankind became popular. During Germany’s Third Reich, the idea of “purebloodedness” in humans and horses became paramount – with disastrous consequences.

But some horse breeders maintained more traditional ideas about horses – they believed that a horse was a product of its local environment, and of the way that it was nurtured. In particular, the horses of the Spanish Riding School were perceived this way. Certainly great care was taken in their pedigrees and bloodlines, but tied to this was a commitment to nurturing these horses and building a strong relationship based on patience, love, and respect for the horses. This included allowing horses to develop naturally, roaming free in mountain pastures with their age-mates until they reached maturity, being given vacations in the country to break up their work, and guaranteeing a pampered retirement for their  old age.

The chief horse breeder in Nazi Germany was a modernist – he believed that heredity and breeding was more important than the environment in which a horse was raised. He wanted to introduce modern techniques into horse-breeding so that horses could be mass-produced for use in the war. But no matter how fast he could breed them, the horse was going to permanently lose the real battle – the one between horse shoes and rubber tires.

PRH: You were a champion rider in California as a teenager. In what ways did your personal knowledge and love of horses play into your writing of The Perfect Horse?

EL: Even though I started riding at a young age, when I stop and think about it, it still amazes me that riders and horses are able to communicate with each other so well. Riders use cues – weight, pressure with hands and legs, and occasionally voice, and the horse understands – and this communication can become extraordinarily nuanced when there is a well-developed partnership. I would encourage you to watch a video of the Lipizzaner of the Spanish Riding School when they are performing. The movements executed by the horses are extraordinarily difficult, well beyond the abilities of even most advanced riders, and yet, it’s hard for the unskilled eye to perceive that the rider is doing anything at all. In fact, horse and rider are engaged in constant conversation. And this fact – that man and horse can both learn what’s essentially a foreign language to both of them, and speak it fluently, so that they can communicate so subtly with each other – I will never stop finding that to be a miracle.

I brought this sense of wonder to retelling this story as I tried to understand what drove these men to risk horrible consequences – including death – to save them. I took care to place that idea at the front and center of this story, to help the reader understand how a deep love of animals, a respect for their inherent dignity, and desire to try to truly understand them can help to point us toward the better aspects of our common humanity.