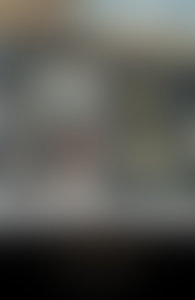 Henry Rider Haggard (1856–1925) was born in Norfolk, England, the son of a gentleman farmer. After school, he went out to South Africa, where he worked for several years in the Civil Service. In 1879, he changed career, however, and took up ostrich farming. But these were times of upheaval in South Africa, and in 1881 the Transvaal (the part of the country where his farm was) was given back to the Dutch by the British, and he came back to England.

Haggard became a barrister next, but his heart was not in it, and he spent his evenings after work writing books. At the time, Robert Louis Stevenson’s Treasure Island was a massive bestseller; Haggard (with two mediocre novels for adults behind him), in the course of an argument with his brother, bet a shilling that he could write a book which would be just as good and just as successful. A year later, in 1885, King Solomon’s Mines was published – and Haggard won his bet! The sequel, Allan Quatermain, followed two years later, the same year as another of his particularly famous books, She. All three books are set in Africa, and the author’s familiarity with the country and people is what makes them stand out from the rest of his stories.

In public, Haggard claimed that his novel-writing was just to make money, while his real work was writing and advising the government about agriculture and the British colonies. But the fact that he wrote roughly a novel a year belies this public claim – as does the fact that he named his three daughters after heroines in his books.

Sir Henry Rider Haggard (he was knighted in 1913, and then again in 1919 for war services) was a tall, angular, rugged man, who could have appeared in one of his own novels, where the heroines are always beautiful, the heroes are good and strong, and there are adventures every minute of the day. Like the novels of Alexandre Dumas, these are books written for adults, which have been devoured ever since by teenagers.

Sign me up for news about H. Rider Haggard and more from Penguin Random House