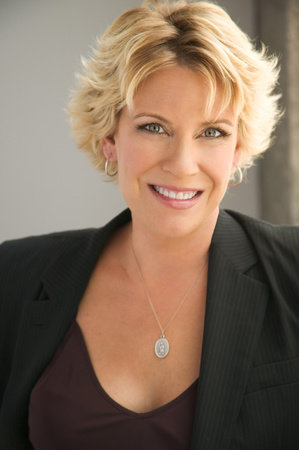 I am a curious creature. In some ways, I am still a small-town Southern woman, only now I live in Los Angeles. I have also spent a great deal of time in England and New York City. I write books and I play in a band and I’m Catholic. I am also a producer and writer for television. I am a mother and I hang out with surfers and I like motorcycles (though I don’t drive one) and I turn my music up very loud.

I like to read. When I came across the quote in which Albert Einstein claimed he was not particularly intelligent, just passionately curious, I was greatly relieved. I no longer had to be eccentric, stubborn, or complicated or have ADD–I could be passionately curious. If only I had known this when I was a teenager! Back then, I looked a little bit crazy to my family and to the inhabitants of the town where I grew up. I was the youngest of three kids and I didn’t follow in any of my siblings’ footsteps.

I did all kinds of things in my quest to have adventures, but I lived in a small town, so my efforts were limited. I taught myself to play the guitar. I stole rides with boys on minibikes. I wrote long letters to local DJs, getting them to play my song requests and to read my thoughts on the air. I wrote poems and sent them off to magazines. I was published at fourteen and again at fifteen, at which time I was also paid ten dollars. It was the beginning of my life as a professional writer. It wasn’t until after I had moved away from home that I began to understand how growing up in the South had shaped my personality as well as my voice as a writer.

I had a strong desire to talk about how circumstances are handed down through the generations. It doesn’t mean that people are doomed by their circumstances. It does mean that people, even young people, have to recognize where and what they come from, and in some instances, they have to do a certain amount of work to overcome it. The South has had to overcome the burden of slavery. It is a problem they brought upon themselves, and there is still a price to be paid. Such a burden often falls on children: we have to clean up the mess our ancestors made, much as young people today will have to help clean up what generations before have done to the environment.

I believe that few people understand the South very well these days. I have a fifteen-year-old daughter, and I notice how she is taught about it in school. They brush past the Civil War, and no one talks about the South much because no one really cares about the losers. The Civil War was not only about slavery, it was also about state versus federal rights. The South wanted to rule itself badly enough to go to war; that gives you an idea of what a proud society it once was. One important part of history that had a great impact on my ancestors was the era of Reconstruction. That’s when the North tried to help the South put the pieces back together, but their efforts were not always admirable. It was a terrible period in our history, and people still remember it and talk about it. In The Noah Confessions, I decided to write a little bit about the Reconstruction in an effort to help myself and others understand how it affected my life.

Everything in the South is gothic. There is a heightened sense of drama carved out of a history of gentility and manners. Southerners turn small things into big ones; at the same time they deal stoically with larger matters. Insults are big on the scale; death is matter of fact. Southerners are not afraid of salt, grease, dirt, germs or alcohol. They are afraid of lawyers, doctors and pills. It still seems like a sound philosophy to me.

Secrets are big in the South, and they are often confused with privacy, which is how I ended up writing a book on that subject. Secrets create mystery; people who do not like to keep secrets or become the victims of them naturally become detectives in their own lives. Children should never be asked to keep secrets, particularly the secrets of their families.

Many aspects of my family were shrouded in mystery because the habit of secrecy was passed down over generations. When I would ask about my ancestors my mother would often say, “We didn’t know much about that side,” or “You might want to be careful what you go digging for.” I don’t believe my family was aware of being secretive; I think they believed they were being private or minding their own business. The problem came when I, as a passionately curious person, needed to know more than I was allowed. And in some cases, more than I could handle.

The secrets revealed in Noah are much more dramatic than the ones I uncovered in my own life. But the dynamic is similar. Whenever I was told something that didn’t add up, getting to the truth became a dangerous mission that threatened my position in the family. Going a step further and talking about it granted me black sheep status from time to time. But there was no way to fully understand myself or my experience without knowing the history leading up to me. This is why I spent a lot of time later in life wading through both the story of my family and the story of the town I grew up in.

Much of the history of the South became lost or distorted because of the Civil War. During Reconstruction, the real secrets began. People had to hide things so that they wouldn’t be taken or stolen. Confederate money was worthless, so other valuables had to be buried. Property had to be disguised. In many cases, entire families were turned out on the streets, having lost everything to the war. And sometimes, oftentimes, people had to resort to illegal activities to survive. Bootlegging, smuggling, black market schemes, secret societies. Eventually the South regained its respectability by rebuilding proper industries. But for a while, for many families, the only way to survive was to live outside the rules.

The tradition of not airing your dirty laundry, or any other kind, was born from that particular time in history. If you look back far enough in almost any Southern family, you are going to find the black sheep who resorted to activities no one wants to discuss.

In The Noah Confessions, I wanted to write about a girl who is harboring an enormous secret and how that has stopped her from having a normal life. In this case, she’s afraid it will prevent her from ever being free or happy. She knows that her devotion to the truth has the power to alienate her from her entire family. She also knows it is her only salvation. I have always been interested in writing about teenagers who have to face choices like that. Even in Joan of Arcadia, I chose to write about a teenager with a mission so big that most adults couldn’t handle it.

I wanted to show the connections from one generation to the next and to validate the coming-of-age struggle, which is a struggle to understand your immediate environment and, at the same time, to put yourself in some kind of historical context. I believe it is the best way to discover your purpose–which is the most fascinating and worthwhile journey you can ever take. It is the song that never ends.

But what a song. Turn it up loud.