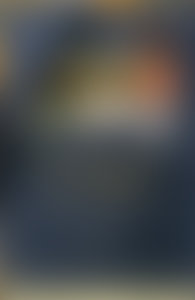 In 2012, his essay “ELLE First: You are beautiful” was awarded a gold for Best Short Feature at the National Magazine Awards. In 2014, he hosted the CBC Radio summer show Head To Toe. In 2015, he served on the jury for Hilary Weston Writers’ Trust Prize for Non-Fiction. Lee contributes to ELLE Canada and currently is writing a sequel to The Measure of a Man.

He was the fashion columnist for CBC Radio’s On the Coast, a producer at Sounds Like Canada, and worked on and contributed to such CBC Radio programs as Basic Black, Out Front, The Current, Richardson’s Roundup, and Ideas, for which he prepared the radio documentary on the social history of suits that inspired this book of the same name.

Lee grew up on Montreal’s South Shore, studied fine arts at Concordia University, and holds a Master of Architecture degree from the University of British Columbia. He is now a mentor at Simon Fraser University’s The Writer’s Studio. He lives in New Westminster.

The Measure of a Man