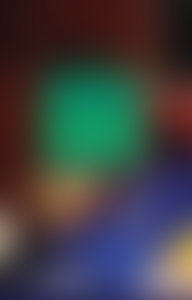 Born in Hassocks, Sussex in 1904, Patrick Hamilton was the youngest of three children. His parents, Ellen and Bernard Hamilton were published authors — Bernard had written historical books, Ellen two romantic novels. Hamilton was educated at Holland House School in Hove, Sussex, Colet Court in London, and Westminster School (1918-19). At the age of seventeen he began to work as an actor and assistant stage manager for Andrew Melville. He then changed his career and worked as a stenographer. He published his first novel Craven House in 1926 and within a few years established a wide readership for himself. His first theatrical success was Rope (1929) on which Alfred Hitchcock’s film of the same name was based. Many novels followed, including Hangover Square, his trilogy of novels Twenty Thousand Streets Under the Sky and Slaves of Solitude, as well as radio dramas and plays, several of which were filmed, including Gaslight, starring Ingrid Bergman and Charles Boyer. A celebrated ‘bright young’ novelist of the Twenties and Thirties, Hamilton was in tune with the times. Sadly, at the peak of his career in 1932, he was accidentally run over by a car, sustaining multiple fractures and requiring plastic surgery. The accident left him permanently disfigured and perhaps contributed to his later slide into alcoholism. Hamilton was married twice — to Lois Martin in 1930 and then to Ursula Stewart in 1953. He died on 23 September, 1962.

Twenty Thousand Streets Under the Sky

The Slaves of Solitude