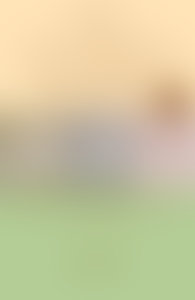 Cathi Hanauer has written for such national publications as McCall’s, Mademoiselle, and Seventeen, where she currently writes the monthly advice column, “Relating.” She lives in New York City with her husband and baby daughter.

At first glance, you might think you know what’s going to happen in Gone, a literary page-turner about a middle-aged nutritionist, Eve Adams, and her husband Eric, who drives the hot babysitter home one night and doesn’t return. But novelist Cathi Hanauer avoids cliché and digs deep into the truths behind so many seemingly perfect modern marriages. Gone is funny, infuriating, heartbreaking, and ultimately, beautifully written. Cathi was kind enough to answer a few pressing questions for this reader.

PENGUIN RANDOM HOUSE: Let’s discuss Eric Adams, rogue artsy husband who seems almost comically a loser at the beginning of Gone. And yet the Eric who ends the book is a surprise that showcases your amazing capacity to live a story from all sides. Did anyone we know inspire Eric? Ben Affleck, in the years before he did “Argo” and seemed to be … floundering about came to my mind.

CATHI HANAUER: Ha — love the comparison to Affleck. But the truth is, both Eric and Eve, the husband-and-wife “stars” of Gone, are parts of myself. Eric is the more depressive, artist side of me, the side that flounders in between books, unable to produce anything, questioning everything — and also the side that occasionally just wants to flee my responsibilities and the constricts of family life, which can conflict with the space one needs to write (or, in his case, produce sculptures). Writing a male lead was so much fun — you can swear, be slutty and narcissistic, all those things women characters are much more judged for. Eric’s artwork is loosely based on the work of Massachusetts artist Andrew DeVries.

PRH: Eve is a working mom who feels responsible for everything but in control of nothing. What was it like to write her? How have readers responded?

CH: Eve was harder to write than Eric. She started out very ditzy — I was worried about her being boring, so I overcompensated — and with each draft she both calmed down and deepened, until she ended up maternal, domestic (but not too), a little sexy, a little wry, a little angry, a little naive. Predictably, some readers relate to her and sympathize, while others feel she was not supportive enough of her husband at the beginning. It’s been interesting with Gone to watch some people side vehemently with Eric and others just as strongly with Eve. People project their own baggage on to a novel’s characters. But that’s okay. It’s part of why we read.

PRH: Do you think if you’d written Gone at the beginning of your own marriage (to, we must say, a terrific man), it would have been a different book?

CH: It’s funny, the second novel I wrote, which wasn’t published, was about a young, pregnant, depressed woman fleeing New York — where I lived at that time (and, yes, was pregnant!) — and her marriage for Arizona. Back then, I had too much going on and was too self-absorbed to be able to see both sides of a marriage, and also I didn’t really understand depression. By the time I wrote Gone, some fifteen years later, I had a much better understanding of marriage and motherhood, not to mention art and depression. Also, I realized that it was better to put my flee fantasy into a male character, since, as I said, readers cut male characters a lot more slack. A female protagonist who leaves her family can only be punished at the end, it seems to me, while a male can be forgiven, even sympathetic. Though plenty of readers did get angry at Eric at the beginning.

PRH: Because you’re responsible for the groundbreaking and mega-bestselling anthology The Bitch in the House: 26 Women Tell the Truth About Sex, Solitude, Work, Motherhood, and Marriage and Gone touches upon so many similar issues, I’ve got to ask: What’s your take on the whole Sheryl Sandberg/Anne-Marie Slaughter/Marissa Mayer debate?

CH: I love Anne-Marie Slaughter. I find her arguments so right-on that I actually get chills reading them sometimes, especially her point that the whole idea of cramming full our lives, every single second, from a very young age on, in order to “be successful” — whether it’s getting into a “good” college or having an enormous career alongside a family — is not a good way to live, at least not for everyone. Some people love that mania, but for many people, something really important is lost by living that way. As for Sandberg and Mayer, Sandberg is compelling to listen to but I think she misses something, namely that not every woman — or man, for that matter — can or wants to live as she does, wants to have a family and at the same time “lean in.” Mayer, well, I can’t relate to a woman who returns to work two weeks after giving birth and builds a nursery for her own baby next to her office while telling other women they can’t telecommute even when their babies are infants. More power to her for her accomplishments, but — she’s a different breed from me.