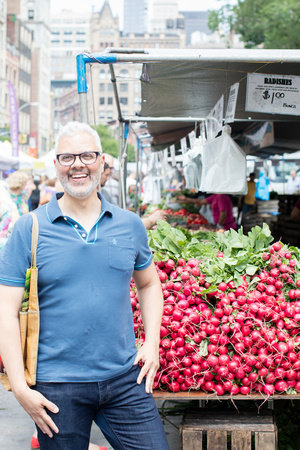 Joe Yonan, author of Cool Beans, is the two-time James Beard Award-winning food and dining editor of The Washington Post. He is also the author of Eat Your Vegetables, which was named among the best cookbooks of 2013 by The Atlantic, The Boston Globe, and NPR’s Here and Now, and Serve Yourself, which Serious Eats, David Lebovitz, and the San Francisco Chronicle named to their best-of-the-year lists. He was editor of America The Great Cookbook, a project to benefit the charity No Kid Hungry. He writes the Post’s “Weeknight Vegetarian” column and for five years wrote the “Cooking for One” column, both of which have won honors from the Association of Food Journalists.