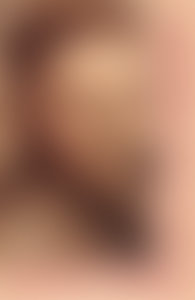 Russell Baker has been charming readers for years with his astute political commentary and biting cerebral wit. The noted journalist, humorist, essayist, and biographer has written or edited seventeen books, and was the author of the nationally syndicated “Observer” column for the New York Times from 1962 to 1998. Called by Robert Sherrill of the Washington Post Book Word, “the supreme satirist of this half-century,” Baker is most famous for turning the daily gossip of most newspapers into the stuff of laugh-out-loud literature. John Skow of Time described Baker’s work as “funny, but full of the pain and absurdity of the age…he can write with a hunting strain of melancholy, with delight, or…with shame or outrage.” Baker received his first Pulitzer Prize for distinguished commentary in 1979, in recognition of his “Observer” column. Baker received his second Pulitzer Prize in 1983 for his autobiography, Growing Up (1983). In addition to his regular column and numerous books, Baker has also edited the anthologies, The Norton Book of Light Verse (1986) and Russell Baker’s Book of American Humor (1993). From 1993 to 2004 he was the regular host of the PBS television series Masterpiece Theatre. Baker is a regular contributor to national periodicals such as The New York Times Magazine, Sports Illustrated, Saturday Evening Post, and McCalls. One of his columns, How to Hypnotize Yourself into Forgetting the Vietnam War, was dramatized and filmed by Eli Wallach for PBS.