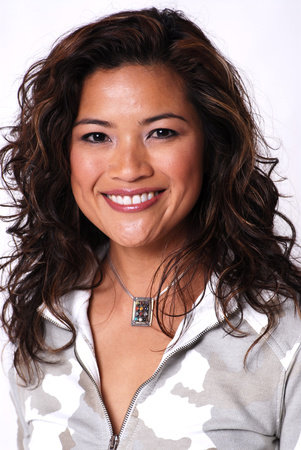 TESS URIZA HOLTHE is the author of the critically acclaimed and nationally bestselling When the Elephants Dance.

Q: The opening scene with the young boy being captured by soldiers stemmed from actual events in your father’s life. When did he first tell you about what happened to him? What was that experience like?

A: I can’t remember when my father first told me this story. All I know is that he told it over and over again at my insistence. He was out chopping trees for firewood to sell so they could buy food. He was just a boy, thirteen years old. He and some others got too close to a Japanese military encampment. Suspecting them to be guerilla fighters, the soldiers captured and tortured them. I remember my father telling me how excruciating it was, and how his legs shook from terror and exhaustion. He was released, but the other civilians who were detained never returned home.

Q: The plot of the novel unfolds through the distinct voices of three different narrators, and the myths are told by some of the supporting characters. Why did you decide to write the book this way?

A: One of the exercises in my writing classes was to write about a myth I had heard. I wrote a story which became “A Cure for Happiness” in the book, about a young boy’s infatuation with the beautiful neighborhood witch doctor. I wrote five more myths. When I finished them, I thought they needed a home. And since I grew up listening to stories shared at gatherings, I placed these myths in the same context, told by people whiling away the time. But in When the Elephants Dance, the group is made up of civilians hiding in a cellar during the last week of WWII, telling mythical stories to survive starvation and torture. They feed their bellies with words and images because they cannot fill them with food.

This framework became a story in itself. I fell in love with the three narrators. I cared for them, and I went through the war with them. I made it so that they desperately needed to hear these stories to feed their courage, give them hope, and take some of the devastation away.


Q: Although you have never visited the Philippines, your novel is full of rich detail of the historical events, the citizens, and the landscape of the country. How did you do your research?

A: Well, that’s an easy one. I’ve been studying the material all my life, just being a part of my family. My father was thirteen years old during the war and lived with his family in Paco near the center of the American-Japanese battle for Manila. I’ve heard the war descriptions over and over. I’ve heard how he carried his younger sister on his shoulders while bombs were exploding behind them, and how he put his foot through decaying bodies in the street while trying to run away. My grandfather was in the U.S. Navy during World War II, and his ship was sunk by Japanese planes. He survived by holding onto pieces of the ship. Growing up, there was a mahjongg game at our house almost every night, and friends and extended family would tell their own stories of the atrocities, the harrowing escapes, and the loss of loved ones.

In addition to hearing the stories about the war, I did a year of research, reading books and articles and studying accounts told by American guerillas. They all paralleled the stories I had heard growing up.

Q: How would you describe your creative process?

A: I write six days a week, some nights for three to four hours, other nights for as short as five minutes. But I like to have continuity, to at least touch base with my story so I know where I am the next morning. I feel sick if I don’t write. For me, writing is like building a house. I put everything down on paper, regardless of how it sounds, and that is the foundation. With my second draft, I fill the walls with sheet rock, and with my third I paint the house. The final revision, during which I tweak a few words and images, is like buying furniture to fill the house.

Q: What advice would you give to writers who want to get published?

A: If you’re ready to sell your manuscript, go to a writer’s conference and meet agents. Research them beforehand so you know which agents will like your work and make sure the conference is reputable. The Maui Writer’s Conference was just phenomenal: the energy, the lectures, the networking, and the interaction with fellow writers. And what could be better than being in Maui and working on your story? Don’t be discouraged by rejection–learn from it, and ask questions.

Q: Can you tell us anything about your next project?

A: I wish I could. I read somewhere that if you tell your story, you lose that desire to write it down. My husband doesn’t even know what I’m working on. I kept silent throughout my first novel, and each day I was burning to tell it on paper. I don’t want to lose that tension.