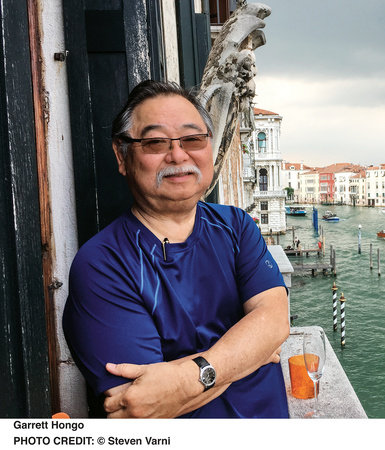 Garrett Hongo was born in Volcano, Hawai‘i, lived as a child in Kahuku on O‘ahu, and grew up thereafter in Los Angeles. He is the author of two previous collections of poetry, three anthologies, and Volcano: A Memoir of Hawai‘i. His poems and essays have appeared in The Kenyon Review, The New York Times, Los Angeles Times, The New Yorker, Ploughshares, and Virginia Quarterly Review, among others. He has been the recipient of several awards, including fellowships from the NEA and the Guggenheim Foundation. He lives in Eugene, Oregon, and teaches at the University of Oregon, where he is Distinguished Professor in the College of Arts and Sciences.