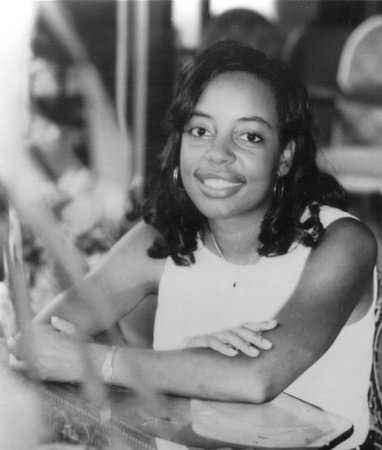 Joanne Hyppolite was born in Haiti in 1969. Her family settled in the United States when she was four years old, and she grew up in Boston. She graduated from the University of Pennsylvania with a degree in creative writing and received her master’s degree from the Department of Afro-American Studies at the University of California, Los Angeles. She lives in Florida, where she plans to pursue her goals of writing and teaching. Joanne is currently studying for her doctorate in Caribbean literature. Seth and Samona, her first novel, won the Second Annual Marguerite de Angeli Prize. Hyppolite’s 1998 novel, Ola Shakes It Up, follows nine-year-old Ola as she shakes up the “cooperative community” of Walcott Corners in an effort to make it as lively as her old neighborhood of Roxbury.

Ola Shakes It Up