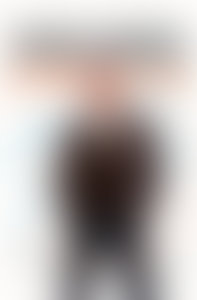 RON JAMES, one of Canada’s most beloved comedians, was born in Glace Bay, Nova Scotia, and raised in Halifax. He attended Acadia University, studying history and political science with the intention of becoming a history teacher. During his time there, he came under the influence of Evelyn Garbary, head of the university’s theatre program. After graduating he moved to Toronto and joined the Second City troupe, working with them for ten years, before moving to Los Angeles in the early 1990s and co-starring in the sitcom My Talk Show. He returned to Canada after three years and turned his sojourn into the celebrated stage show Up & Down in Shaky Town, which was filmed for The Comedy Network. For the CBC, Ron has starred in Blackfly, The Ron James Show and a number of one-hour specials, including his immensely popular annual New Year’s Eve comedy special. His writing on This Hour Has 22 Minutes has earned him a Gemini Award, and he is the recipient of the Dave Broadfoot Award for Comedic Genius and the Canadian Comedy Awards’ Comedian of the Year award. He regularly fills halls all over Canada with his stand-up shows, and resides in Toronto when he’s not on tour.