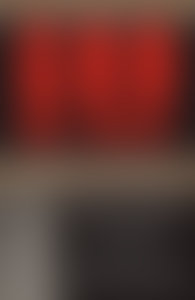 Peter Irons is professor of political science at the University of California, San Diego. He is the author of five previous award-winning books. The most recent, A People’s History of the Supreme Court, was awarded the Silver Gavel Certificate of Merit by the American Bar Association.

A People’s History of the Supreme Court

In 2005, President Bush nominated John Roberts to the Supreme Court. He was a young, respected federal appeals court judge and former deputy solicitor general who had argued many cases before the court. At the beginning of his confirmation hearings, Roberts compared judges to umpires in a baseball game.

“I will decide every case based on the record,” Roberts said, “according to the rule of law, without fear or favor, to the best of my ability. And I will remember that it’s my job to call balls and strikes and not to pitch or bat.”

Within hours of Justice Antonin Scalia’s death two weeks ago, creating a vacancy that could potentially change the Supreme Court from a 5-4 majority of conservatives to a 5-4 majority of liberals, Senate Majority Leader Mitch McConnell released a statement that said “this vacancy should not be filled until we have a new President.”

Has the Supreme Court moved in the last eleven years from a body that calls balls and strikes to one that decides cases on purely ideological grounds, or has the current vacancy’s potential to shift the direction of the court for a generation given the conversation a dose of truth serum?

PENGUIN RANDOM HOUSE: There have been some exchanges in the Republican presidential debates about Republican presidents getting previous Supreme Court nominations “wrong.” The most recent example they cite is Chief Justice Roberts twice upholding Obamacare. Why do you think he did that?

PETER IRONS: My theory is that Roberts is more concerned about the integrity and reputation of the Supreme Court than anything else — certainly more than ideology. He is conservative and sides with the conservatives on most cases, but I think he was concerned that the political repercussions of voting to strike down the individual mandate would provoke such a partisan conflict that the court would be seen as a strictly partisan branch of government aligned with the Republican Party.

PRH: I agree, but I also think Roberts sees a long career ahead of him and doesn’t want to spend it writing minority opinions in a court that won’t always be as conservative as it is today.

PI: I think that’s true. In both of the Obamacare cases, he knew that Justice Kennedy would vote with the conservatives and that joining him would have resulted in five Republican appointees over four Democratic appointees. The justices would say that they’re not Republicans or Democrats once they join the court, but everybody knows that the partisan makeup of the court is generally reflected in their decisions on controversial issues and particularly controversial social issues.

PRH: In some cases Justice Kennedy is the one in the middle, right?

PI: Justice Kennedy has nurtured his role as the swing justice. Justice Kennedy denies this, but he’s aware that virtually every argument before the court is made to him.

PRH: A lot of legal scholars have said over the last few weeks that Justice Scalia’s death will likely result in many of the big remaining decisions of this term failing to get a majority of the court. What will happen in those cases?

PI: In the event of a 4-4 tie, the court has two options. They can decide the case on a tie, which will leave the lower court decision in place. That would favor the liberal outcome in some cases and the conservative outcome in some cases. The court also has the option of holding the case over to the next term and ordering a reargument. That actually happened in Roe v. Wade when two justices left the court. The court ordered a reargument and a year later nine justices could hear the case. Of course, the final outcome was 7-2 so it wasn’t a case where the new justices changed what the opinion would have been.

PRH: And Harry Blackmun, who was a Republican appointee, actually wrote for the majority in that case.

PI: That’s right, and it surprised a lot of people. Blackmun was a moderate on the court who eventually shifted to a more liberal position. By the time he retired, in his very last opinion in a death penalty case, he said he would “no longer tinker with the machinery of death” and opposed the death penalty entirely. Another example of a justice shifting over time is John Paul Stevens, who was also a Republican appointee, and became one of the court’s leading liberals.

PRH: Were those cases of a Republican president failing to get the political ideology right, or did they not appoint the justices for those traits the way presidents do now?

PI: There are always political factors in nominating a justice, but everything now is measured as before Robert Bork or after Robert Bork. Before Bork, presidents paid more attention to the quality, the competence, and the abilities of the nominee and to factors like geographical balance. More recently, presidents have put ideological considerations above all others.

PRH: I looked back through previous nominations for a corollary to what’s happening with the Supreme Court vacancy now, and I came across Chief Justice Earl Warren retiring in 1968, which was an election year. Why did President Johnson nominate Abe Fortas, who was already a justice on the Supreme Court, as the Chief Justice?

PI: Abe Fortas was one of Johnson’s closest political and social friends. Johnson appointed Fortas as Chief Justice and Homer Thornberry as the associate justice. Have you ever heard of Homer Thornberry?

PRH: Can’t say that I have.

PI: Nobody else has either! Homer Thornberry was a former congressman from Texas and an old friend of Johnson’s who was a federal judge. When Fortas ran into trouble over taking exorbitant speaking fees and having relationships with some shady characters, he resigned. And Thornberry was never confirmed.

PRH: That puts a lot of importance on nominating the Chief Justice. This is certainly not the predominant view, but the Chief Justice really isn’t that important. He gets to decide who writes the opinion when he votes with the majority, but that doesn’t seem to be where the court politics rest in the important cases.

PI: And that’s a good point. The Chief Justice has one vote out of nine. He has the power to assign cases when he’s in the majority and can assign it to himself as Roberts has in some important decisions. The Chief Justice has two other roles that are fairly important. He’s the head of the Administrative Office of the Courts, and there are ceremonial duties like swearing in the president. It’s a position of symbolic importance.

PRH: What was the Senate’s ideological problem with Robert Bork?

PI: In 1987, the Senate rejected Robert Bork’s nomination 58-42, which is the largest rejection ever of a Supreme Court nominee. A lot of Republicans voted against his confirmation. Unlike Scalia, who was a very charming person, Bork was the opposite of charming. Bork was confrontational, he was abrupt, he considered everybody who disagreed with him to be an idiot, and that rubbed people the wrong way.

PRH: Was there a particular view that sunk his confirmation?

PI: The main thing was abortion. Bork made it clear in his speeches and writings that he was adamantly opposed to abortion, and that galvanized the pro-choice community to launch a giant, multi-million dollar PR campaign against him. I remember watching it on TV, and Bork looked so grim. He had this grubby beard. He scowled. His presentation didn’t help him at all.

PRH: When Chief Justice Roberts went through his own confirmation, he said that the Supreme Court’s job is to call balls and strikes. The discussion around the current vacancy is much plainer about these positions being ideological. Is the difference that this next nomination could change the ideology of the court?

PI: That’s the main difference — that the court could flip from basically conservative to basically liberal. The court is difficult to predict case by case, but there’s a definite ideological balance on the court. The opposition to a nominee that President Obama has not even named yet is going to galvanize the Republican base and the Democratic base.

PRH: If the White House wants to nominate someone who will exact the biggest political consequence for the Senate Republicans failing to give him confirmation hearings or failing to confirm him, is there a judicial Taylor Swift that the president could nominate — someone with high name recognition and overwhelming popularity that would cause problems for the Republican presidential nominee and Senate Republicans running for reelection?

PI: The president will probably nominate somebody who is not considered an extreme liberal and who has been confirmed before by the Senate — which means sitting federal appellate judges — and somebody who was confirmed unanimously or with very little opposition. Jeffrey Toobin says every day on CNN that it’s going to be Sri Srinivasan. Maybe, maybe not. Srinivasan has represented some corporate clients that Senate Democrats will not be thrilled about.

PI: Whoever President Obama nominates — whether there are hearings or not — it’s almost certain that there won’t be a vote before the election. Because of the filibuster rules, at least six Republicans would have to agree to an up-or-down vote. There will be some vulnerable Republicans running for reelection — Kelly Ayotte in New Hampshire, Rob Portman in Ohio, Ron Johnson in Wisconsin, Pat Toomey in Pennsylvania — who will be under extreme pressure to break with their party on this. Nobody really knows what’s going to happen.