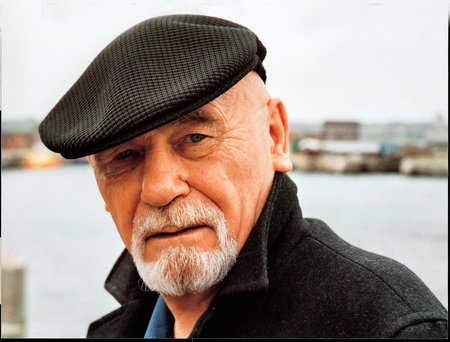 Brian Jacques was born in Liverpool in 1939. He left school at age 15 and found work as a docker, a truck driver, a policeman, and a stand-up comic, all before turning his attention to writing. He wrote his first novel, Redwall, for the children at a school for the blind in Liverpool. Since 1986, his descriptive style of writing has captivated readers from ages 8 to 80. His books have won international awards and acclaim and have been made into a TV series.

Voyage of the Slaves

Castaways of the Flying Dutchman Series

20 years of the “Redwall” series by Brian Jacques: all hail Eulalia!

Redwall was first published in the UK in 1986 and in the USA in 1987. Brian Jacques wrote the book initially to entertain the children at Liverpool’s Royal Wavertree School for the Blind. In 2007 the hardcover of Eulalia! was published to great acclaim by Philomel Books as part of the celebration of the 20th anniversary of this wonderful series.

And now, we celebrate the paperback of Eulalia!

Here’s what Brian Jacques himself has to say:

Good Grief! Is it actually 20 years since I first wrote Redwall? Twenty years, matey—two decades, a score, or eighty seasons, as the creatures of Mossflower would say. Do you know, I’ve enjoyed every moment of it! I feel deeply honored to have been selected by fate as the Recorder of Redwall Abbey, especially now that it is published worldwide—imagine all those different languages, and how many friends I’ve made. But none more so than my Redwallers in the good old U.S. of A. I really look forward to my annual American tour, what a great place! So, mates, here’s to the next eighty seasons. Oh, don’t you worry, I’ll still be finding more tales for you from the “Redwall” saga, for all my young (and some not so young) friends who love to read them. If I ever do have to retire, I think I’ll go to Salamandastron, and become a fierce old Badger Lord. Meanwhile, mateys, you keep reading ’em and I’ll keep writing ’em. Just for you!