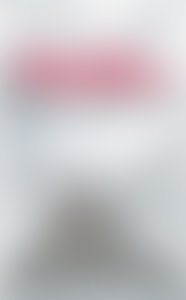 John A. Barnes has been a journalist, writer, speaker, and television commentator whose articles have appeared in numerous publications, including the Wall Street Journal, New York Post, Reader’s Digest, and America’s Civil War. He is currently a corporate communications manager with Pfizer Inc. Mr. Barnes lives in New York City.

Tales of the Madman Underground

A Novel of Daybreak

Essay from John Barnes on Directive 51

Presidential Directive 51 is real, but despite what you may read on the web, it is probably not anything to fear. The unclassified part of Directive 51, like its predecessors, specifies what we will do in case of “decapitation”—sudden destruction of the top echelons of the Federal government.

To his credit, George W. Bush was the first president to make any substantial part of a continuity of government directive public. All continuity of government directives prior to Directive 51 remain entirely classified. Much—we citizens don’t know how much—of Directive 51 itself is classified, on grounds that an enemy who knew our national survival plans prior to an attack would be in a position to do much more harm.

By its nature, continuity of government planning violates the separation of powers, which, you probably learned in high school, is a cornerstone of Constitutional government. The Constitution gives Congress the power to determine the succession to the Presidency, and puts the President or his subordinates in charge of carrying out the will of Congress.

But Congress cannot know which of the President’s people would survive a decapitation attack, what resources would be available, or what the situation might be. Therefore Directive 51, like all its predecessors, provides that in case of an unprecedented disaster, a specific Federal official will become a temporary dictator, with nearly unlimited power and a mission to restore Constitutional government as quickly as possible. The person on whom this terrible responsibility might fall is to be called the National Constitutional Continuity Coordinator, or NCCC. We do not have an NCCC as you read this; the office exists only if the worst has already happened, a practical precaution so that the NCCC cannot take power arbitrarily.

Directive 51 allows the President to designate the person in charge of assuming power as NCCC after a disaster; at the time I was working on the book it was the Chief of Staff of the Department of Homeland Security, and as with some other information that changes overnight, it was necessary to “freeze” that data point (something the real world probably won’t do). In normal times this is the person who makes sure that DHS personnel are assigned to appropriate duties and coordinates things like meetings and long-term projects. The reason for designating the DHS Chief of Staff as the NCCC in waiting is that the job entails:

– extensive knowledge of security/military/police/intelligence operations in progress, and

– no direct responsibilities during an attack.

Or in short, this is the person who knows the most while having the least to do; the best-informed person we can afford to send out of Washington just before the nuke goes off or the gas is released.

As of this writing, the NCCC has lost a C in most government documents, now being simply the National Continuity Coordinator. President Obama’s Assistant for Homeland Security and Counterterrorism is now the NCC, and there are perhaps twenty other positions that might make a workable NCC, any of which President Obama or any of his successors might use.

Presidents change and there are innumerable reasons for designating one office or person rather than another—but the general principle of the best-prepared least-essential person has been followed for at least a quarter century. If Directive 51 survives almost two decades (unlikely but possible), then whoever is designated as NCC will almost certainly possess the three qualities listed above. Beyond those, as with everything connected with continuity of government, there can be no certainties.

Like any imaginable continuity of government policy, Directive 51 gives the NCCC the power to decide and do whatever is necessary without check or balance. Our only protection against the obvious potential for coup, corruption, suppression of all our liberties, deliberate aggressive war, concealment of high crimes, and other abuse up to and including the abolition of the republic is the honor of the individual designated as the NCCC, the good faith of the surviving Federal officers, and the commitment of the American people to Constitutional government.