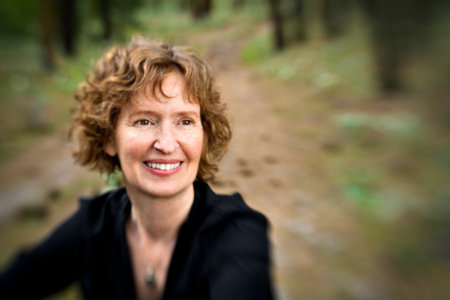 FRANCES GREENSLADE was born in St. Catharines, Ontario, and has since lived in Manitoba, Saskatchewan and British Columbia. She has a B.A. in English from the University of Winnipeg and an M.F.A. in Creative Writing from UBC. Her first book, a travel memoir called  A Pilgrim in Ireland: A Quest for Home, won the Saskatchewan Book Award for Non-Fiction. Her second memoir, By the Secret Ladder: A Mother’s Initiation, was published in 2007, and her novel, Shelter, was published in 2011. Her first novel for young readers, Red Fox Road, won the Arthur Ellis Award for Best Juvenile Crime Novel, was a JLG selection, and was shortlisted for the B.C. Red Cedar Children’s Choice Award. Greenslade teaches English at Okanagan College in Penticton, B.C.